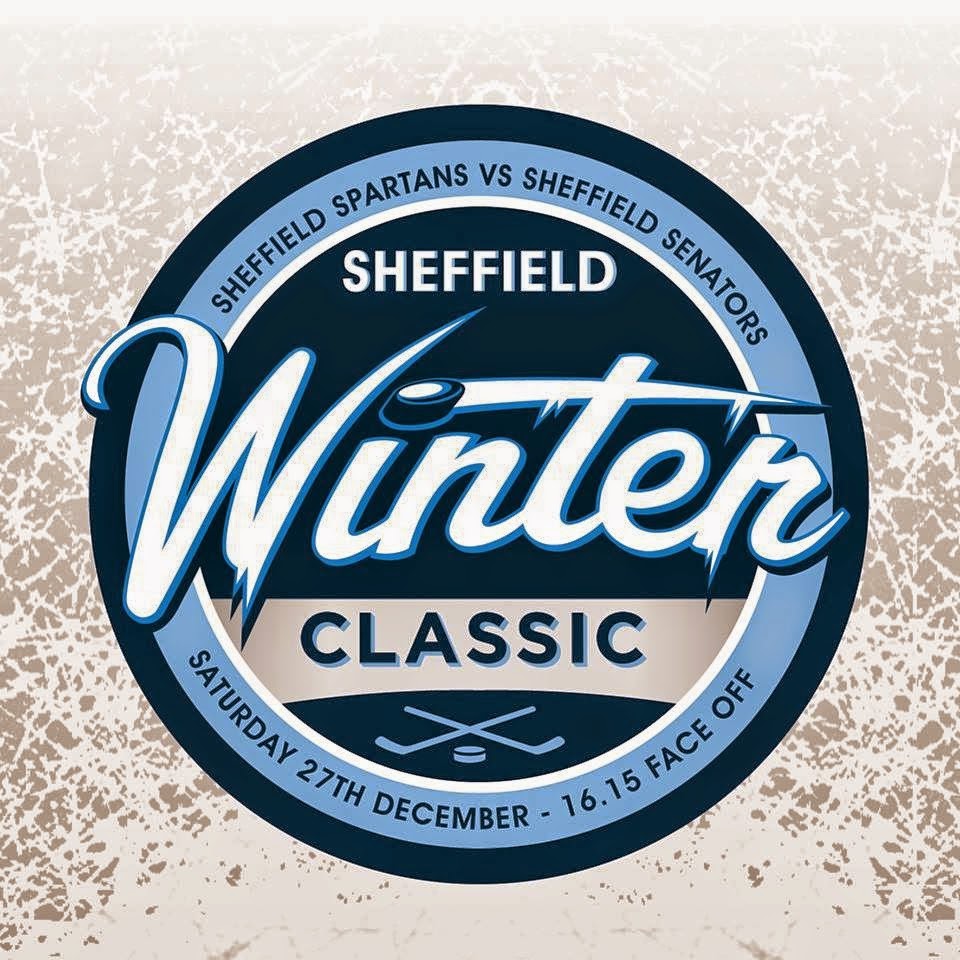 With Spartans currently chasing a play-off spot in Moralee D1 and Senators lying second in Laidler D2, both teams will be keen to secure the bragging rights from their first ever competitive fixture.

Sheffield Ice Hockey Academy (SIHA) have organised the event to celebrate Sheffield’s vibrant amateur hockey scene. Established in 1991, the SIHA is widely recognised as one of the premier set-ups in the country.

In addition to the clash of the seniors SIHA’s current U14s teams, the Stormers & Sabres, will have the opportunity to showcase their talents as they stage an exhibition game ahead of the main event.

Spartans captain Ollie Barron said he was delighted to have the opportunity to take part in the Sheffield Winter Classic.

“It’s great exposure for NIHL hockey as well as junior development in Sheffield and credit must go to the organisers for spreading the word around the hockey community and beyond in getting the word out about the game,” said Barron.

“It’s great to raise the profile of our respective teams whilst hopefully inspiring the younger players in the academy. It will be a good game as Senators are having a good season, but so are we. I look forward to matching up against some former teammates, but I can assure you we’ll be doing everything we can to win the game.”

Senators forward Nathan Britton added: “It means a lot to us all because it’s a great way to promote ice hockey in Sheffield to the younger players in the academy by having the junior game beforehand. A lot of them won’t have seen the Spartans and Senators and this will hopefully give them something to aim for in future.

“It means a lot to me as well because I used to play for Spartans, so there’s a friendly rivalry there and it’ll be nice to see how we go against a good D1 team. I reckon it will be a very tight game, with Sens to win by one or two goals.”

The event takes place on Saturday, 27 December, at IceSheffield. The U14s game will face-off at 3.30pm, with Spartans & Senators scheduled for 4.15pm. For more information about the Sheffield Winter Classic please click here.