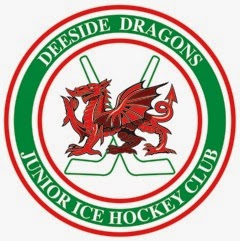 Deeside Dragons Junior Ice Hockey Club have announced a new management structure for their U18 team ahead of the 2014/15 season.

Former Flintshire Freeze boss Nigel Ryland has been appointed as Manager, while son Richard will work as the team’s Level 2 Coach.

Ryland snr left his role with Freeze in 2010, having managed teams at both senior and junior level. He has since remained in behind-the-scenes positions with the Dragons.

Next season the team will compete in the Northern ‘A’ League and they’re on the lookout for talented players to join their roster.

The Junior committee have passed a scale of travel-related reduced training fees for any player who lives more than 30 miles away and are still offering very affordable training fees compared to other clubs.

Dragons U18s train at Deeside Leisure Centre on Tuesdays, 10.15 – 11.15pm. There are further free training sessions with the senior squad and various other off-ice activities including a state-of-the-art gym for players wishing to improve their fitness.