It’s been a couple of months since Liam Kirk debuted on the rink across the pond. The Brit made headlines when the Arizona Coyotes drafted him during the summer. And so far, the 18-year-old winger proved useful for Canada’s Peterborough Petes — the team where he ended up playing. Here’s what we know so far.

Liam Kirk and the Peterborough Petes

Kirk debuted on the Canadian rink right from the start of the OHL’s 2018-2019 season, which kicked off on September 19th. The Petes’ first game, against the Kingston Frontenacs, was set to take place a day later. Kirk found a place on the squad’s second line and even scored a goal during the middle period, which, however, was nullified by the referee. In the end, the Petes won against the Frontenacs with a score of 4-0, marking Kirk’s debut with a triumph.

Three days later, the Brit started on the Petes’ third line, once again scoring a goal — making it his first in the OHL during the regular season. This time, the Petes met the Ottawa 67’s who lost to Kirk’s team 7-3.

During his third game, Kirk scored against the Niagara IceDogs, helping his team claim a 2-5 victory. On top of that, Kirk’s hard work won him the first-star award for best player of the game.

So far, the left winger has 10/10 appearances for the Petes during which he scored two goals and made two assists. And though the OHL season is still in its beginning, there is still plenty of chances for Kirk to prove himself. Judging by his determined play so far, it seems that the Maltby native is sure to continue to impress.

Liam Kirk’s Ascend to the Top 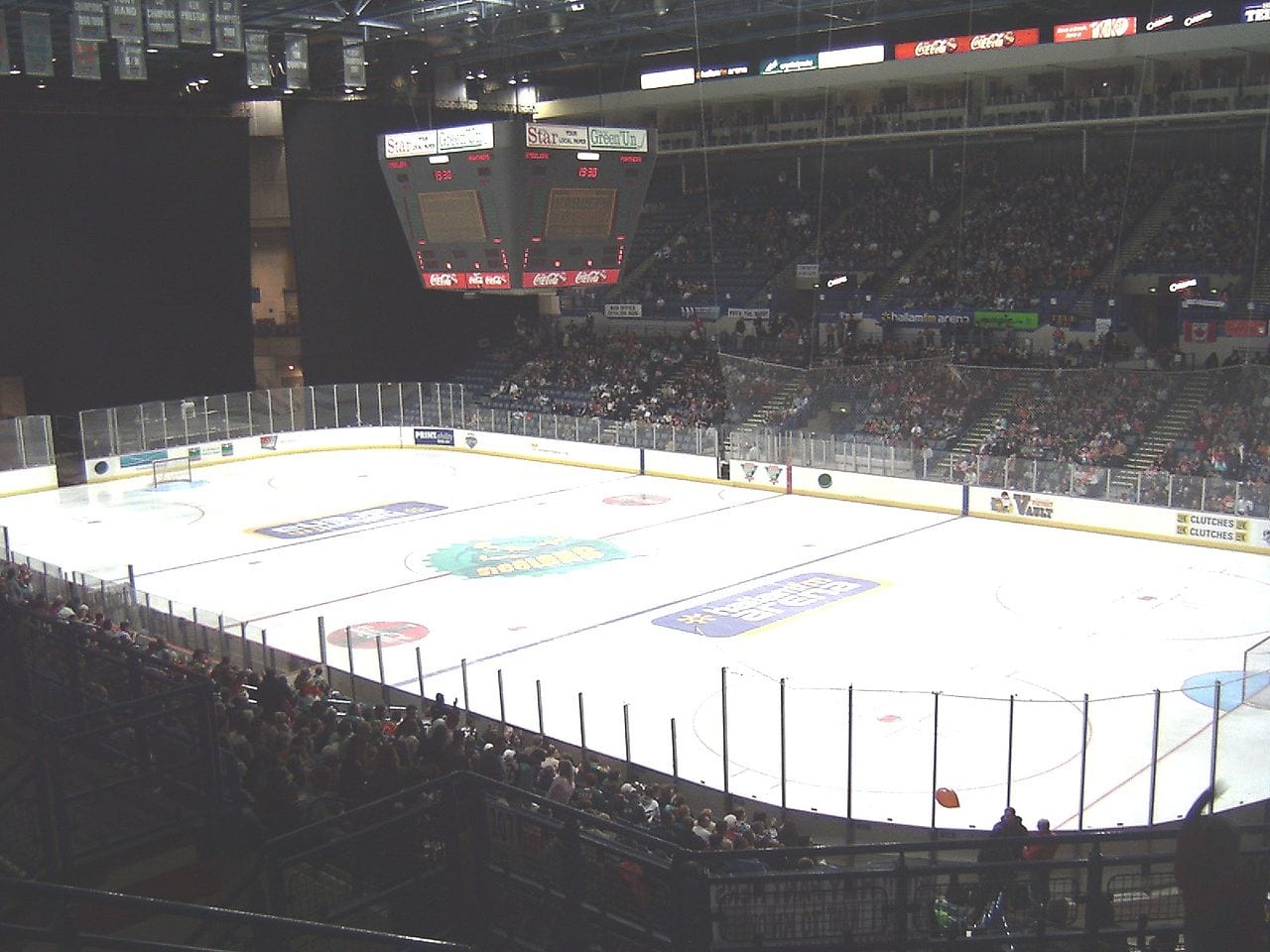 Kirk is not the first hockey player in his family. Indeed, it was his brother who picked up the game, which led to Kirk following in his footsteps. The Brit also previously admitted that he never excelled at the most popular home games — cricket and football. He did, however, prove himself during his ice hockey career at home.

Kirk’s path to the big leagues started as a little boy at Sheffield’s Junior Academy. From there, Kirk drafted to the Middle Conference — a team that Liam became a two-time bearer of the EIHA Conference Tournament trophy, earning numerous awards for best player. Liam proved his skills once again during the 2015-2016 season, which he ended as the league leader, having scored 60 goals and 38 assists.

His final stop before moving over the pond was with the Elite League member Sheffield Steelers. It was there that the NHL Central Scouting noticed the potential of the English winger. After that, the Coyotes sent a scout to watch Kirk play. “You’re not going to find that kind of skill in the seventh round, so let’s go for it and see where we can get it to,” said Arizona’s Director of Amateur Scouting Tim Bernhardt after the draft as quoted by the AP.

Despite his mere 18 years of age, Kirk’s joining of the Sheffield Steelers put him up for two seasons against some of Britain’s top players — most of whom are older and more experienced than him. “When I was 6-years-old, I just wanted to play for Sheffield. I didn’t know much about the NHL in England back then,” said Kirk for NHL.com.

And as he seemed to achieve everything at home, the big breakthrough came this summer. The Arizona Coyotes drafted him in the 7th round (189th overall), becoming the first English-born and trained player to achieve such recognition. The Phoenix-based team (Division Champions during the 2011-2012 season) took a keen interest in Kirk. After he completed their rookie camp, Kirk received an invitation to join the regular camp. Understandably, the youngster, who was inexperienced in North American hockey, didn’t make the final roster for the Coyotes.

After finishing his training, Kirk joined the lines of OHL’s Peterborough Petes who drafted him a little after the Coyotes in the first round (8th overall) of the CHL Import Draft. The current coach of the Petes is Canadian Rob Wilson — an ex-Sheffield Steelers defender and a British Ice Hockey Hall of Fame inductee.

During Kirk’s preseason preparation with the Coyotes, he also had the chance to visit Las Vegas. Kirk wasn’t there to play poker but as one of the players to represent the team at the inaugural Vegas Rookie Faceoff tournament. 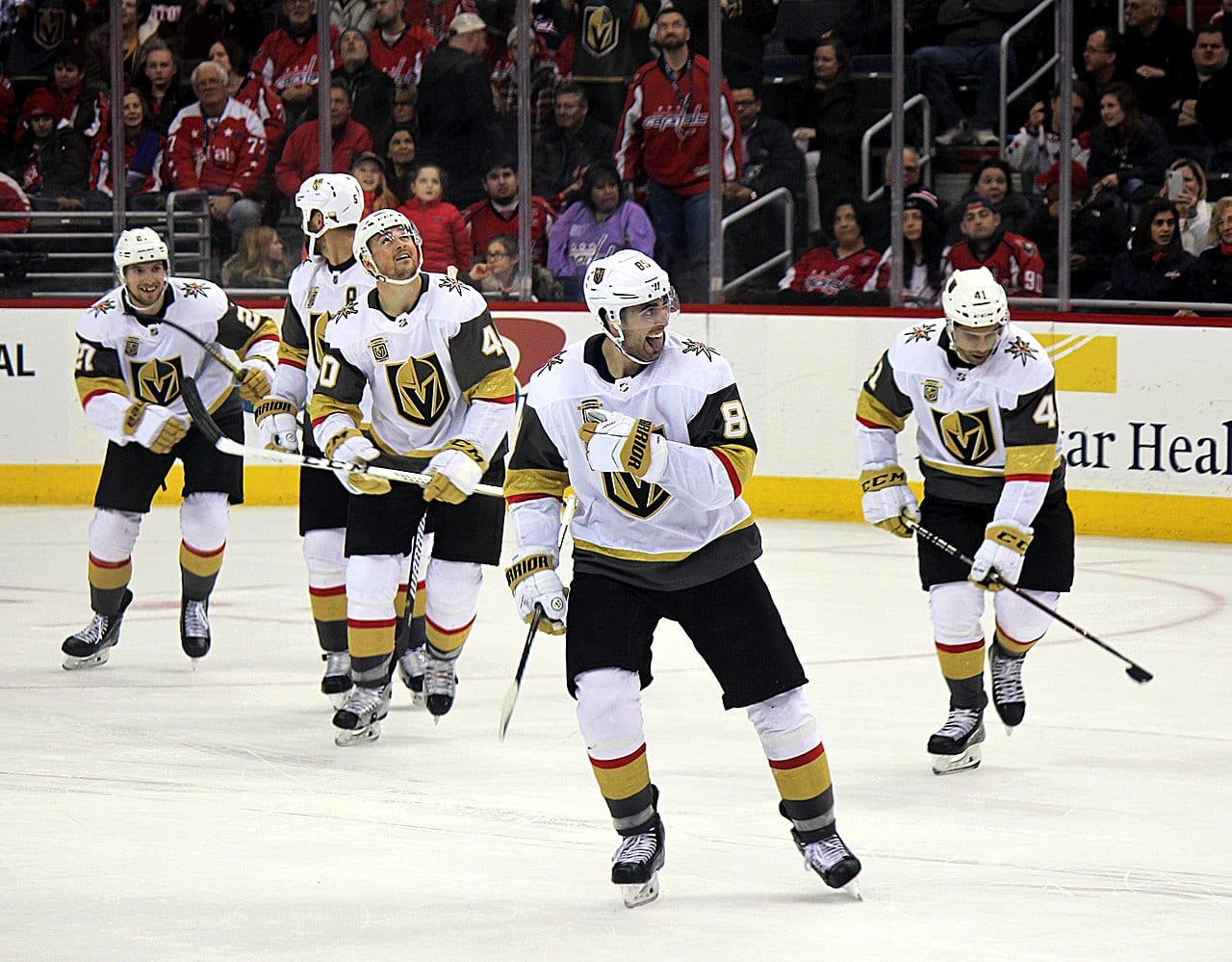 Among a sea of poker tournaments and charged boxing matches, the Las Vegas hockey competition is peculiar enough to allow for a little swerve away from Liam Kirk. The event originated this year from the newly formed NHL team, the Vegas Golden Knights. The Rookie Faceoff pits rookie players from six NHL teams, including the Knights, up against each other.

A place known for dry, hot weather, poker and lavish hotels, might not be the first association with hockey. Still, as of the 2017-2018 season, the world’s gambling capital has its representative at USA’s top hockey league.

The Vegas Knights, currently 6th in the Pacific Division, came about as a joint venture between Bill Foley and the Maloof family. The Maloofs wanted to expand their already rich portfolio of business ventures, but they needed a partner. Through mutual contacts, they reached Foley who looked for some time to take ownership of a top sports club.

Bill, who has businesses in the finance, insurance and real estate industries, is a majority holder of the Knights with 80 percent ownership. And even though Texas Hold ‘em is not a known hobby of his, though he used to play at the stock market, Foley did attract a partner from the poker world. Indeed, Foley organized a group of 50 (turned 75) influencers to promote the new team. Named the “Founding 50,” the group includes prominent figures among whom are Canadian poker professional Daniel Negreanu and “Pawn Stars” celebrity Rick Harrison.

The 2017-2018 season turned exciting for the NHL, even beyond the games. First, Vegas’ abundant entertainment arena got an ambitious NHL team to complement its world-famous blackjack, poker and roulette scene. Then, the USA’s top-tier hockey league had its first drafting of an English-born and trained hockey player. As for Kirk, it seems that he is on the right track to making it in the NHL, provided he squeezes out all the benefits of playing in one of Canada’s top junior leagues.