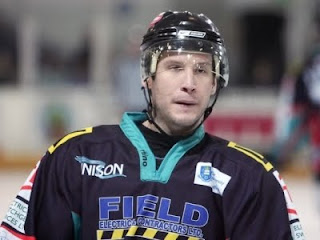 Whitley Warriors have moved closer to retaining their English National League Division One North title. Comfortable home wins over Northern Stars (7-2) and Blackburn Hawks (8-2) saw the Warriors extend their lead over Coventry Blaze to sixteen points. Nottingham Lions suffered a setback in their bid to strengthen their play-off claims with a 6-3 home loss to Sheffield Spartans.

Solihull Barons continue to lead the way in Division Two. Star forward Dean Tonks has been in prolific form this season and added to his tally with five against Bradford Bulldogs and a hat-trick against Lancashire Raptors. Kingston Jets remain a distant second with Flintshire Freeze third.

Whitley’s victories over Northern Stars and Blackburn Hawks has seen them open up a two point gap over Fife Flyers at the top of the Northern League table but the Flyers have played four games fewer.

Manchester Phoenix lead Guildford Flames by three points at the top of the English Premier League following three wins on the bounce. Sheffield Steeldogs were the Phoenix first victims with Curtis Huppe grabbing a couple in a 7-0 rout. A brace from Stephen Wallace helped ease Tony Hand’s men to a 5-2 success over MK Lightning and Phoenix rounded New Year off with a remarkable recovery at Telford Tigers. They trailed 7-4 at one stage but hit four unanswered goals in the final period to grab a vital win. Guildford notched three victories of their own against Telford, Bracknell Bees and Sheffield but also lost to the Bees and Swindon Wildcats. Basingstoke Bison lost ground on the top two losing 7-6 to Swindon and 4-0 to Peterborough Phantoms although home wins over the Bees and Phantoms sees them hang on to third place.

Fourth placed Slough Jets surprisingly lost 3-2 to Bracknell but it was their home game with the Phantoms which will be remembered for a long time. The Jets trailed 7-4 but recovered to tie the game with just twenty seconds remaining at 8-8. Overtime failed to separate the teams but the Jets held their nerve in the shoot-out with Doug Sheppard (above) grabbing the game winning goal.