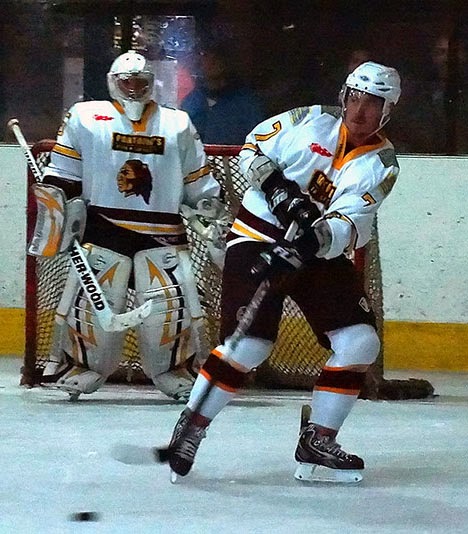 Karl Culley’s retirement brings the curtain down on a long and successful playing career in ice hockey.

Karl mainly iced with Whitley Warriors, but also enjoyed spells with Sunderland Chiefs, Billingham Stars and Newcastle Vipers, and racked up numerous titles during his time in the sport. Coast to Coast caught up with Karl to find out more.

C2C – Tell us your reasons for calling it a day.

KC – I just felt it was the right time. I turn 36 in June and I wanted to finish still being able to compete at the top end of the scoring charts. I also want to spend more time with the family and friends.

C2C – What do you remember of your time with the Vipers?

KC – I enjoyed my time there. I had to adapt my game to become more defensive and shut other third lines down. It was tough every week, but as a player you need to challenge yourself. The highlights were of course the Findus Cups, the play-off success and scoring two against Belfast Giants.

KC – Once I decided not to return to Newcastle I knew I wanted to go back to Whitley and win trophies. We had a great team which was a privilege to be a part of it and coach the team for a year was an honour too.

C2C – You took some time out before signing for Whitley’s rivals Billingham. How did that come about?

KC – I had 18 months away from the sport as we had our second child. I didn’t really have plans to play again, but Simon (Leach) rang me to play from January onwards and it felt great being back on the ice.

C2C – When Simon returned to Hillheads last season you quickly joined him. Tell us about your relationship?

KC – When he told me was going back it was an easy choice for me to make. We’ve known each other for a long time. He’s a personal friend, not just a coach and we’ve always liked working together. I know what he expects and he knows what I can bring.

C2C – Who are the best players you’ve played with?

KC – This is a tough one! I’ve played with some fantastic players over the years. My old line at Whitley with Andrew Tindale and Andrew Carter was great and we scored huge amounts of goals. At Newcastle I think Jonathan Weaver was the standout performer. Every week he’d be a 9 out of 10 – a quality player and a joy to watch.

In recent times I’d have to say Adam Reynolds. We always seemed to know where we are out on the ice and we’ve become good friends away from the rink. Of course, Simon Leach – what can you say? A pure class act as a player and a great coach.

C2C – How about the toughest player you’ve seen?

KC – I’ve played with and against some heavyweights! If I could pick one who was on my team it would have to be Paul Ferone from back in the Vipers days.

C2C – What are your thoughts on NIHL North at the moment?

KC – The league is getting stronger year on year and long may it continue. The crowds are growing and there seems to be a good crop of youngsters around, so it looks like NIHL is going to have a healthy future.

KC – I’ve had a great career and would just like to thank all the coaches and players I’ve played for and alongside – it’s been a blast!