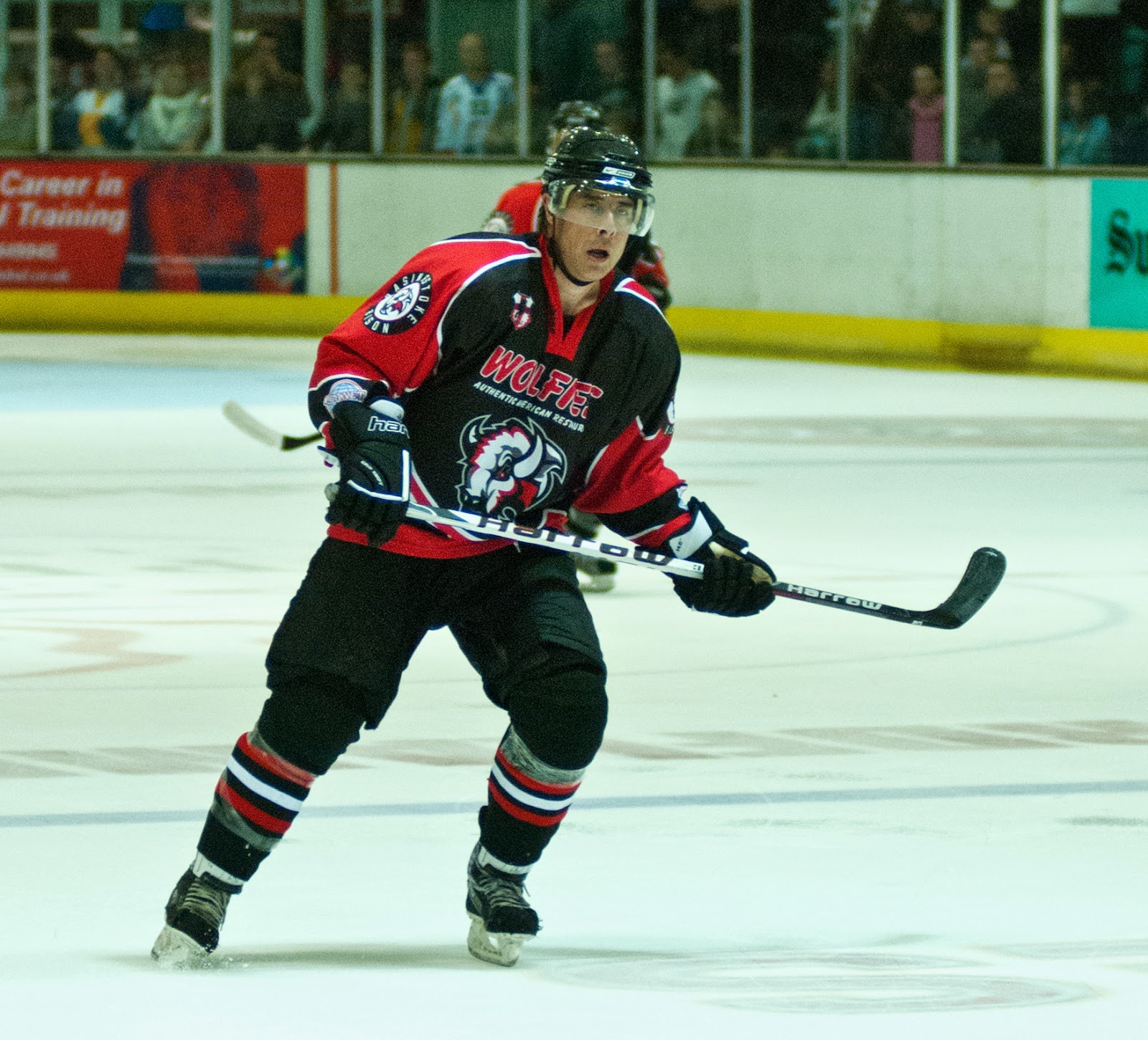 Blackburn Hawks’ 25th Anniversary game sees the return to Lancashire of one of the best players ever to grace the UK ice hockey scene.

Steve Moria (right) will ice for Hawks Legends against the current NIHL North Moralee D1 leaders in an All-Star game which is sure to draw a big crowd to Blackburn Arena.

After prolific spells in the Heineken League with Fife Flyers and Cardiff Devils, Moria joined Hawks as Player/Coach in 1992, going on to notch over 400 points in two seasons.

He subsequently played for the likes of Nottingham Panthers and Great Britain, before enjoying successful stints in charge of Slough Jets and Basingstoke Bison in the EPL. He eventually retired from the game in 2012 aged 51.

Ex-Hawk Ian McDade has been instrumental in organising the game and said he was delighted to able to bring Moria back to Blackburn.

“It’s an honour to be part of a game that contains so many genuine ‘names’ within the British game, most notably Steve,” said McDade. “In my opinion, and all things being considered, he’s the greatest player ever to grace our shores in the modern era and was the person who signed me from Trafford Metros in 1992.”

Moria added: “I have great memories of Blackburn and all of the Hawks fans. I began my coaching and management career in Blackburn and I feel very thankful for that opportunity. The 25th Anniversary game will be a night for all of us to enjoy and treasure. I’m really looking forward to donning the skates again in the Arena.”

Other top names returning to play include John Haig, Bobby Haig and Mark Stokes, but McDade said it had been a tricky task picking the team.

He said: “It’s been hard work but equally rewarding. Trying to select 24 players from over 300 for the Legends team was difficult, but having to explain to those who weren’t selected was the toughest part. Every player who wore the Hawks jersey deserves recognition.

“I remember the 10 year anniversary game being a special occasion and it will be great to catch up with many people who I haven’t seen since that night. Once you’ve played for the Hawks there is a special bond that links you for life. It will also be fun to have Hough on the back of my shirt again (I took my wife’s name, McDade, when we married).”

With the current Hawks team on course to deliver the club’s first ever league title, the All-Star game could turn into a double celebration. McDade coached some of the squad at both junior and senior level and he has his fingers crossed they can achieve their aims.

“When I was appointed Player/Coach in 2007 I was delighted to find Bobby Haig and Graham Lomax had created a young team consisting of several players that I’d coached 10 years earlier at junior level.

“Under the guidance of Jared Owen and with some quality additions they’ve gone from strength to strength, remain unbeaten in NIHL North and are favourites for the League/Play-Off double. Hopefully the anniversary game will be a chance to parade the silverware in front of a bumper crowd and show the Legends that their legacy lives on.

“A special mention should go to Bobby, Des Finlay and Mark Halliwell who guided the club through a transitional period at the turn of the century. Without them the Hawks may not have reached this milestone.”