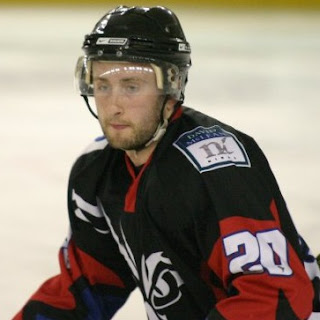 Trafford Metros have changed their name to Manchester Minotaurs ahead of the new NIHL North season.

A source close to the club confirmed to C2C the move came about in response to requests from new sponsors and to enable a closer working relationship between the Minotaurs, Manchester Phoenix and the junior section of the club.

Minotaurs have enjoyed a successful summer off the ice which has seen a host of new sponsors attracted to the club, while new Coach Kevin Cassidy has been working hard to improve the on-ice product.

Ex-Metros favourite Brian Worrall (above) has returned to the club from Deeside Dragons, while Cassidy has steadily added a number of last season’s team including Jake Nurse, John Murray and Max Drakeley. Cassidy has also secured the services of Czech forward Lukas Zeman as the club looks to bounce back from a disappointing 2012/13.

While it was felt Manchester Metros would have been an ideal name this has already been taken by the region’s University team, resulting in the players voting for Minotaurs to keep the Mythological theme developed by Phoenix.