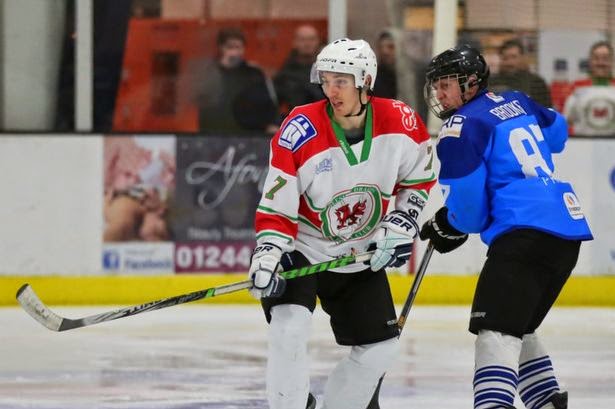 With just two weekends remaining of the regular season in NIHL North, most of the main issues have been settled.

Blackburn Hawks easily secured the Moralee D1 title, whilst Billingham Stars will finish second if they avoid defeat at Whitley Warriors on Sunday.

Hawks and Stars have also qualified for the end of season play-offs, along with Solway Sharks.

Fourth place and the final play-off slot hinges on the result of next week’s game between Sutton Sting and Sheffield Spartans, with the latter needing just a point to join the other trio in Dumfries.

Widnes Wild finished fourth to secure a promotion/relegation play-off against Whitley. The Laidler top four will also hold their own play-offs at Solihull over the Easter weekend.

This week sees Barons travel to face Tigers on Saturday, before returning to home ice for the reverse fixture the following day. Senators also face a weekend double-header, hosting Nottingham on Saturday ahead of a trip into the Lions’ den on Sunday.

One team who had high hopes of pushing for promotion this season were Dragons Dragons. The Welsh outfit finished second in 2013/14 and were expected to mount a serious challenge this time around.

Player departures, injuries and inconsistency cost Dragons dearly, but some improved performances in recent weeks has given Player/Coach Steve Fellows cause for optimism for next season.

He commented: “We had to cope with losing the likes of Shaun Kippin, Ben Simister and Jordan Bannon at the start of this season, and Sam Krempasky has been sidelined with a knee injury for a long while.

“It’s been tough, but the 8-8 draw at Telford was a real turning point for us. We found our belief and rhythm on the ice again and we’ve kicked on since then. A club of this size needs to be challenging for the play-offs, but this season has very much been a year of transition for us.

“The wins last week were a big plus as we’d targeted a four-point weekend, and we want to finish the season on a high note.”

Dragons’ upturn in fortunes coincided with the signing of forward Tomas Mitrik (pictured above). Fellows praised the impact made by the Slovakian.

“Tomas has been a real asset for us since he came in,” said Fellows. “His energy on the ice and willingness to put the gloves down has been a big boost. We’d been playing without an import for much of the season and since Tomas has come in he’s helped give us another dimension.”

Dragons’ final two games are at Blackburn Eagles on 28th March, before facing Sheffield Senators at home the following evening.