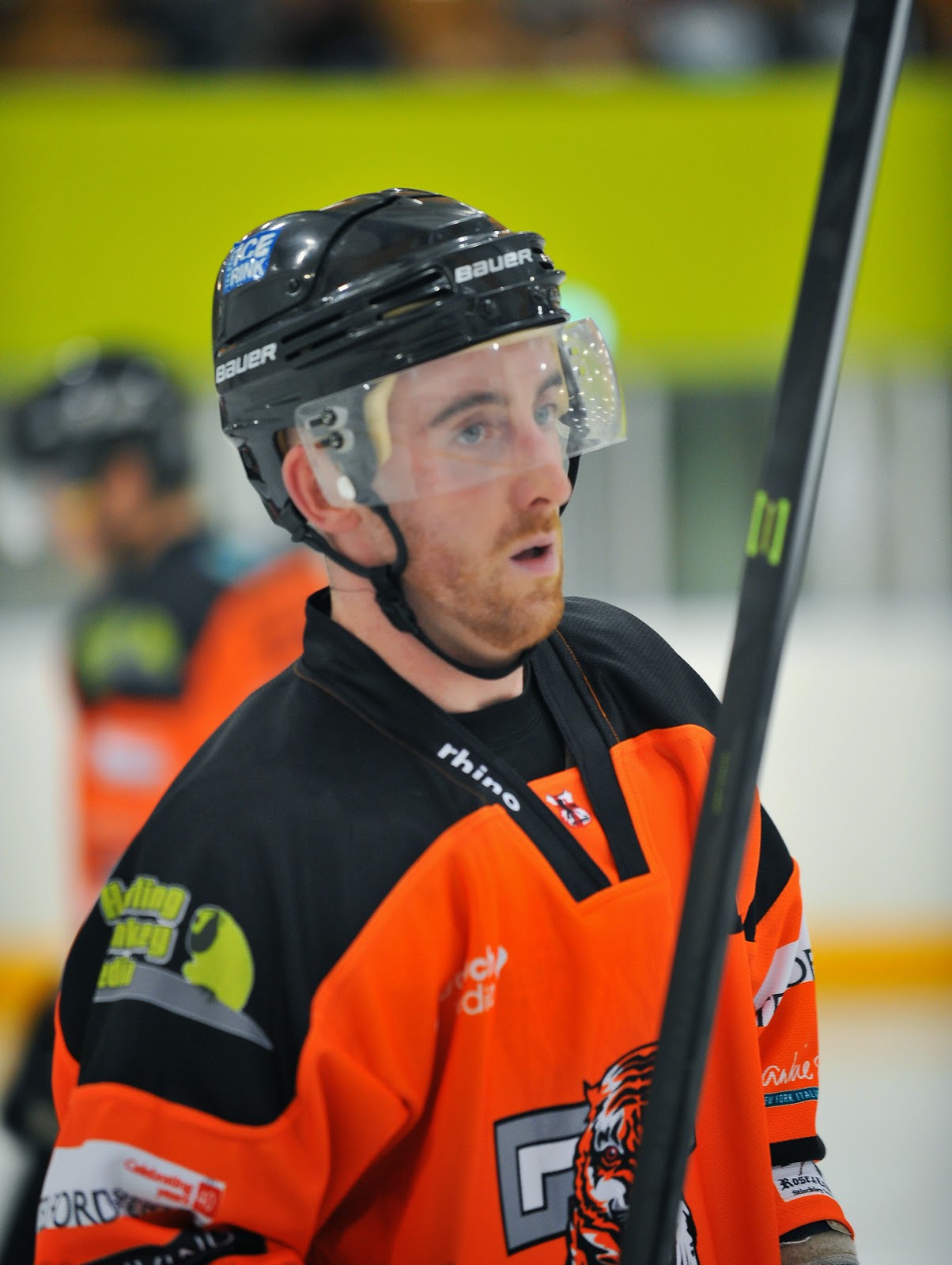 The race for promotion from NIHL North Laidler D2 continues apace this weekend, with most of the top teams in action.

Telford Tigers NIHL are currently eight points behind leaders Solihull Barons, but look well-placed to secure one of the three automatic slots.

On Saturday they welcome Deeside Dragons to Shropshire and Head Coach Scott McKenzie (left) believes they can complete a clean sweep of victories over their visitors.

“Deeside have a lot of experience in their squad, and I’m sure they’ll come to work,” said McKenzie. “We played them away in our last league game and beat them 8-2, but I don’t want our guys to expect an easy ride.

“A number of their players still have close links to Telford, so they’ll be determined to make their mark. If we keep it simple and work harder than them, we’ll be fine.”

Dragons have slipped out of the promotion picture in recent weeks after failing to win in their last four games.

Player/Coach Steve Fellows said he was still hurting from their last defeat: “This weekend presents us with a chance to redeem ourselves, but it will be a tough game as Telford are a strong side and they’re going well in the league.

“Our performance levels and mentality during games have got to be better. It’s simply not been good enough in recent weeks and that needs to change.

“I want to see some fight from us and I want us to go out there and battle for the puck and show we have some passion about us. If you do that and you lose the game you can have no complaints, as you know you gave it your best shot.”

There are three other D2 games this weekend, with Widnes Wild at Blackburn Eagles on Saturday before returning to home ice the following day to face Hull Jets. Solihull host Nottingham Lions on Sunday.

The Moralee D1 play-off picture could become clearer this weekend, with all of the teams in contention taking to the ice. Sheffield Spartans face a weekend double-header, hosting Sutton Sting on Saturday before travelling North to face Billingham Stars on Sunday.