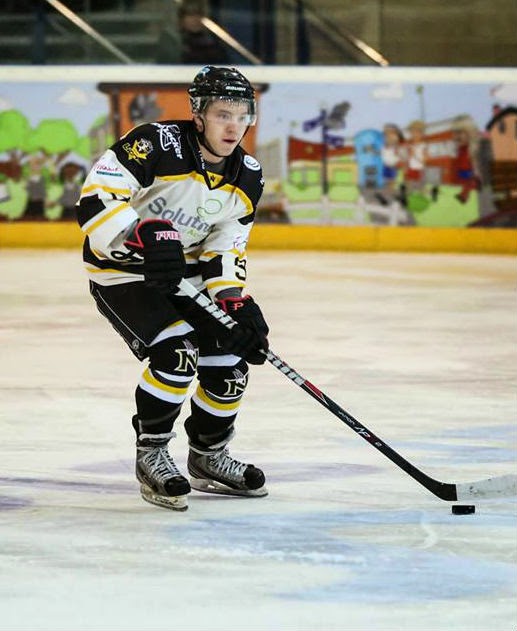 Blackburn Hawks are set for an emotion-charged weekend as they take to the ice for the first time since the death of club stalwart Alan Amos.

The NIHL North Moralee D1 leaders welcome Whitley Warriors to Lancashire on Saturday, before travelling to the North East the following day to face Billingham Stars.

As a member of the club’s management team, Amos was a major driving force behind the scenes for the Hawks and was a popular figure around the club. He became ill before Christmas and sadly passed away this week.

There are three other D1 games this weekend. On Saturday Solway Sharks host Billingham and Sutton Sting meet Manchester Minotaurs, whilst on Sunday Sharks are at Sheffield Spartans.

Nottingham Lions face a huge home and away double-header against their play-off rivals Widnes Wild this weekend, as the battle to secure a top-four slot gathers pace. Lions have been in sparkling form of late, winning six of their last seven games, and face a Widnes team looking to bounce back from three consecutive defeats.

Forward Ivo Dimitrijevs (above) said: “I think everything is getting better with this Lions team. Players are getting more confidence and we’re improving our game with hard practices. We can now compete with any of the top teams in the league.

“These are two very important games for us. There’s no big difference between us in points, so it will be a hard weekend for both sides. Nobody wants to give points away, so we have to play the best hockey we can.”

With Lions appearing to have a more difficult run-in, Wild netminder Greg Ruxton is keen to crank up the pressure on their rivals. He said: “It’s a big weekend for both teams and could go a long way for either us or Nottingham to clinch fourth place and a chance of promotion.

“If we win both games we have an easier run to the end of the season, only having to play Telford once out of the top three teams, whereas Nottingham have a tougher run and will struggle to catch us up on points.

“Winning both games is a must to take the pressure off us in the race for promotion. All the lads know this and know what’s needed, so it should make for a good weekend of hockey.”

Runaway D2 leaders Solihull Barons are in action twice this weekend, travelling to Bradford Bulldogs on Saturday before returning to home ice against Coventry Blaze the following evening.