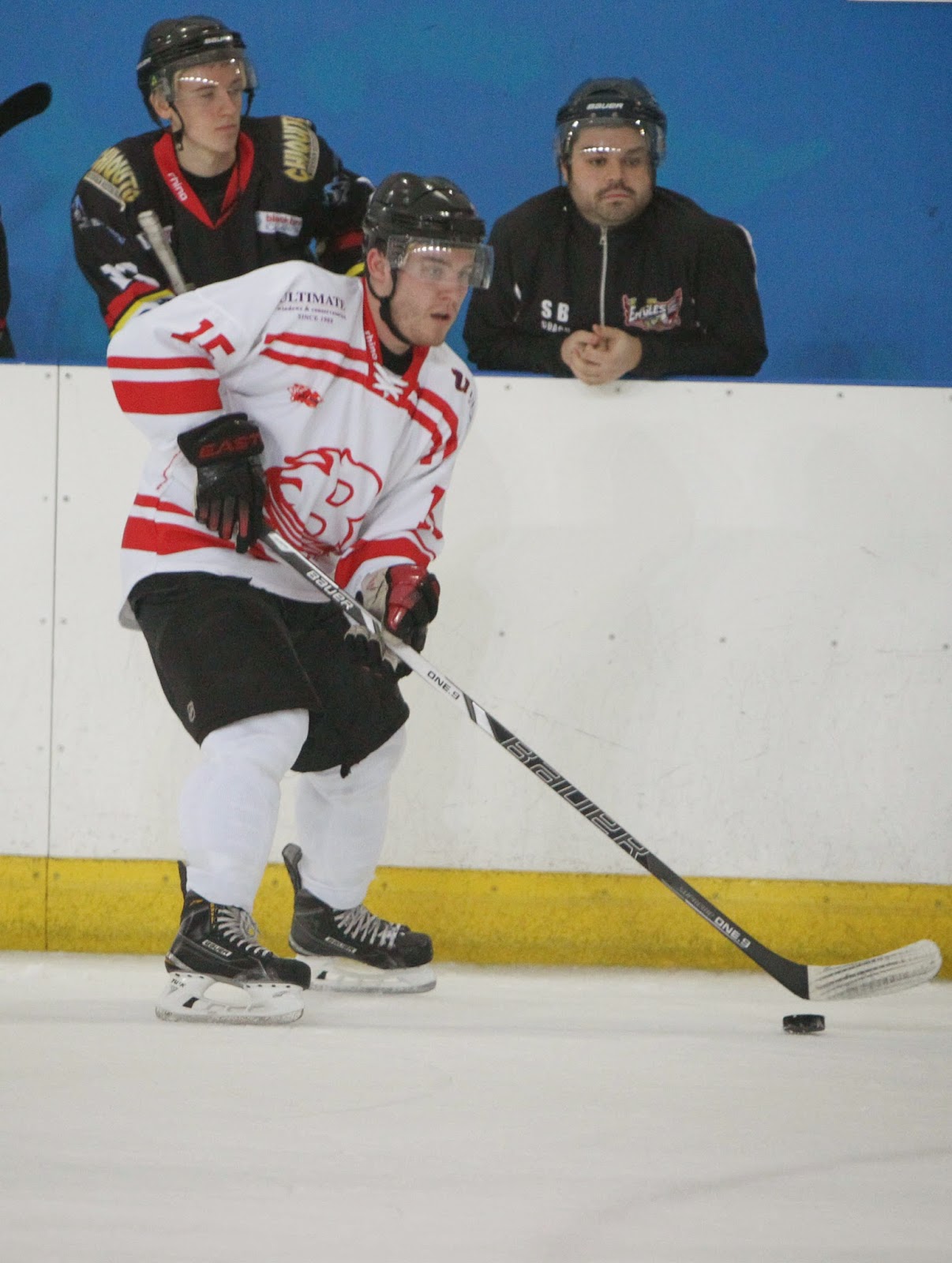 The battle to reach the NIHL North Moralee D1 play-offs in Dumfries hots up this weekend, with the teams chasing one of the four slots on offer all in action.

With Blackburn Hawks looking unstoppable in their quest for a first ever league title, five other teams are battling to join them in the end of season shoot-out.

Two of the contenders meet in Sheffield on Saturday as the Spartans face Billingham Stars. The hosts are unbeaten in their last six, while Stars have bounced back in style after some poor results to win their last two games.

Spartans’ netminder Brandon Stones has been in stunning form recently and is keen to keep things going.

He said: “We found our feet at the back end of November and we’ve put together a really strong run. We seem to be finding the net more and overall we’re looking a more solid team at both ends of the ice, which makes my job a little easier.

“After recovering from injury I’ve started to find some form and I feel we’re all improving game-by-game and ironing out the creases. Last time against Stars we lost 3-0 in Billingham, although I think it’s fair to say we deserved something from the game. However, Flav (James Flavell) stood on his head that night and earned his MVP.

“I think we’ll be in for another tough game, but we’re ready and prepared after a good win at Whitley Warriors and we want to keep the run going.”

Stars go into the game on the back of two big wins against Whitley and Manchester. Forward Chris Sykes (above) scored four against the Minotaurs last week and he’s looking forward to facing his former team.

“The bounces are going my way at the moment and I’ve remembered where the net actually is, so I hope to continue that this weekend,” said Sykes. “It’s always nice to score any goal, and even better when you get four which doesn’t happen very often. It’s a good feeling and my confidence in front of goal is high again.

“Sheffield is a tough place to go, but we’ll keep our wheels going and hopefully take two hard earned points back to the Forum with us.”

Stars are back in action on Sunday as they face-off against the Hawks. Play-off hopefuls Sutton Sting and Solway Sharks also do battle, while Whitley will look to return to form against Manchester.

Deeside Dragons’ Laidler D2 promotion hopes have received a boost with the signing of Slovakian forward Tomas Mitrik. Dragons are without a win in three and have dropped to sixth in the table, but they’re hopeful Mitrik can shoot them back into contention.

Mitrik, who makes his debut against Telford Tigers NIHL on Sunday, commented: “I started training with Deeside in October and now I’ve got the chance to play for this club. I’m a right-sided forward and I hope I will be really useful for the team. I would like to help us get maximum points in the games that are left and see us move back up the table.”