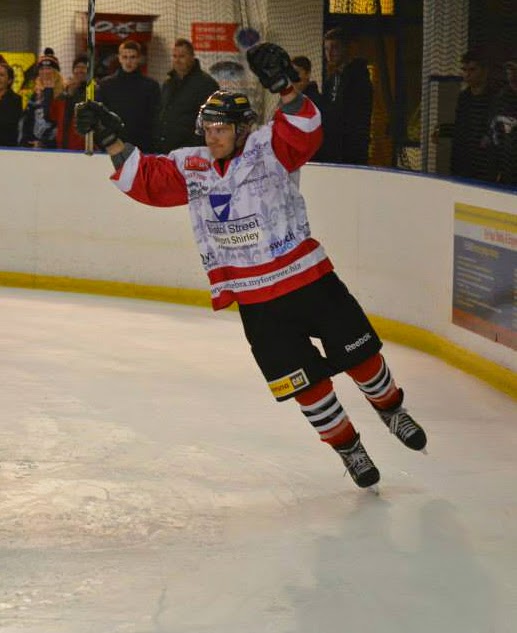 Whitley Warriors face a tricky looking weekend as they bid to bounce back from last week’s derby disaster at Billingham Stars.

Following a spirited draw at Sheffield Spartans, Warriors were mauled 8-1 by the Teessiders and will be determined to set the record straight this weekend.

Warriors travel to Sutton Sting on Saturday, before welcoming Spartans to Whitley the following evening.

“We knew it would be tough with players missing and the lack of games this season,” said Good.

“Saying that we were still quite confident, but in both games we switched off for a large part of the second period. Luckily we are straight back into again this weekend.

“Our team has so much potential and our fixtures this month should get us up to speed. I know on our day we can beat any team in our league, but we have to qualify for the play-offs and that really means we have to get things right this weekend.”

There are two other games in D1 this weekend, with Manchester Minotaurs hosting Blackburn Hawks on Saturday before travelling to face Billingham on Sunday.

Laidler D2 leaders Solihull Barons can take a step closer to promotion as they face Widnes Wild twice over the weekend.

Simon Harrison (above) weighed in with an assist as Barons maintained their 100% record with victory at Sheffield Senators last week and he’s confident they can keep their run going.

“The Sheffield game was our first after a three week break for us,” said Harrison. “We lost our focus in the second period and took a few penalties to let them back in the game, but we came out hard in the third determined to win and keep our unbeaten streak going.

“We’ll go into this weekend confident, but we won’t underestimate Widnes. We have a strong squad who work well together and we all want to keep this winning streak going until the end of the season. As long as we keep playing the way we have been with the same intensity, it’s going to be tough to stop us.”