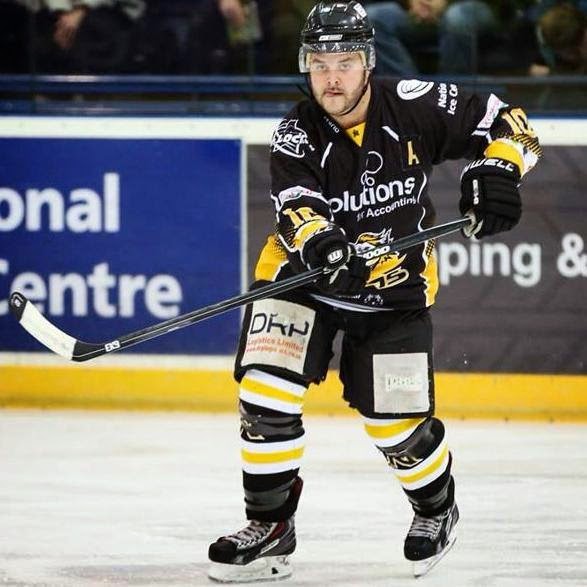 With Solihull Barons continuing to sweep all before them in NIHL North Laidler D2, a number of other teams are still jostling for promotion to Moralee D1.

Telford Tigers NIHL are currently third, but with just two defeats so far this term they’re well placed to take one of the other two guaranteed slots on offer.

Dragons lead their visitors by three points going into the weekend, although the gap could close on Saturday as Wild travel to Blackburn Eagles.

Deeside have struggled for consistency this term, but last week’s victory against Coventry left Player/Coach Steve Fellows in a buoyant mood.

He commented: “It was a really good performance and as well as we have moved the puck all season. Quite a few supporters came up to me at the end and said that was the best we’ve played and I’m inclined to agree.

“There was an element of confidence about our play which hasn’t been there for a while. It was nice to see and I have to say the second line were magnificent and got most of our goals.

“Aled Roberts was brilliant and deservedly got MVP. We were at full strength for the first time this season and it made a difference getting the more senior players in from the off. When it’s like that everyone gains more confidence and it seemed to make everyone more competitive and they all worked harder as a result.”

Nottingham Lions are another team who’ve struggled to string results together, but last weekend’s 17-3 win at home to Bradford Bulldogs was a welcome boost to their hopes. Lions face Hull Jets on Sunday and defenseman Adam Andrews (above) believes they can still mount a promotion challenge.

“Last week was a very good team performance,” said Andrews. “The last couple of weekends we’ve had losses by the odd goal, but with the run of games we’ve got coming up we needed a good performance.

“It’s a confidence booster for the game against Hull. Hopefully it’s the start of a string of results and we can move up the table. We’re not in the position we should be, but that’s through not closing out games properly.

“We’ve got 18 games left, 11 of those at home, so if we get points from them we can finish third, potentially second, but the key is one game at a time and keep working hard in training.

“Sunday’s game is business as usual for us. We know our schedule doesn’t get any easier after Christmas, so it’s vital to pick up points at home against teams around us and Hull are one of those.

“Last time out they came short-benched, but we’re expecting a better turn out this weekend. Hopefully we can put in the same performance we did against them a few weeks ago, but with the clinical finishing we showed against Bradford.

“The most important thing is we have a happy camp with everyone working for each other. Regardless of results we need to keep that togetherness at this point in the season and push on for points.”

The remaining D2 game is on Sunday as Solihull host Bradford.

D1 leaders Blackburn Hawks are at Solway Sharks on Saturday, before returning to home ice the following evening to face the EPL’s Telford Tigers in the British Challenge Cup. Solway are at Billingham Stars in the league on Sunday, while Sheffield Spartans face-off against Sutton Sting.