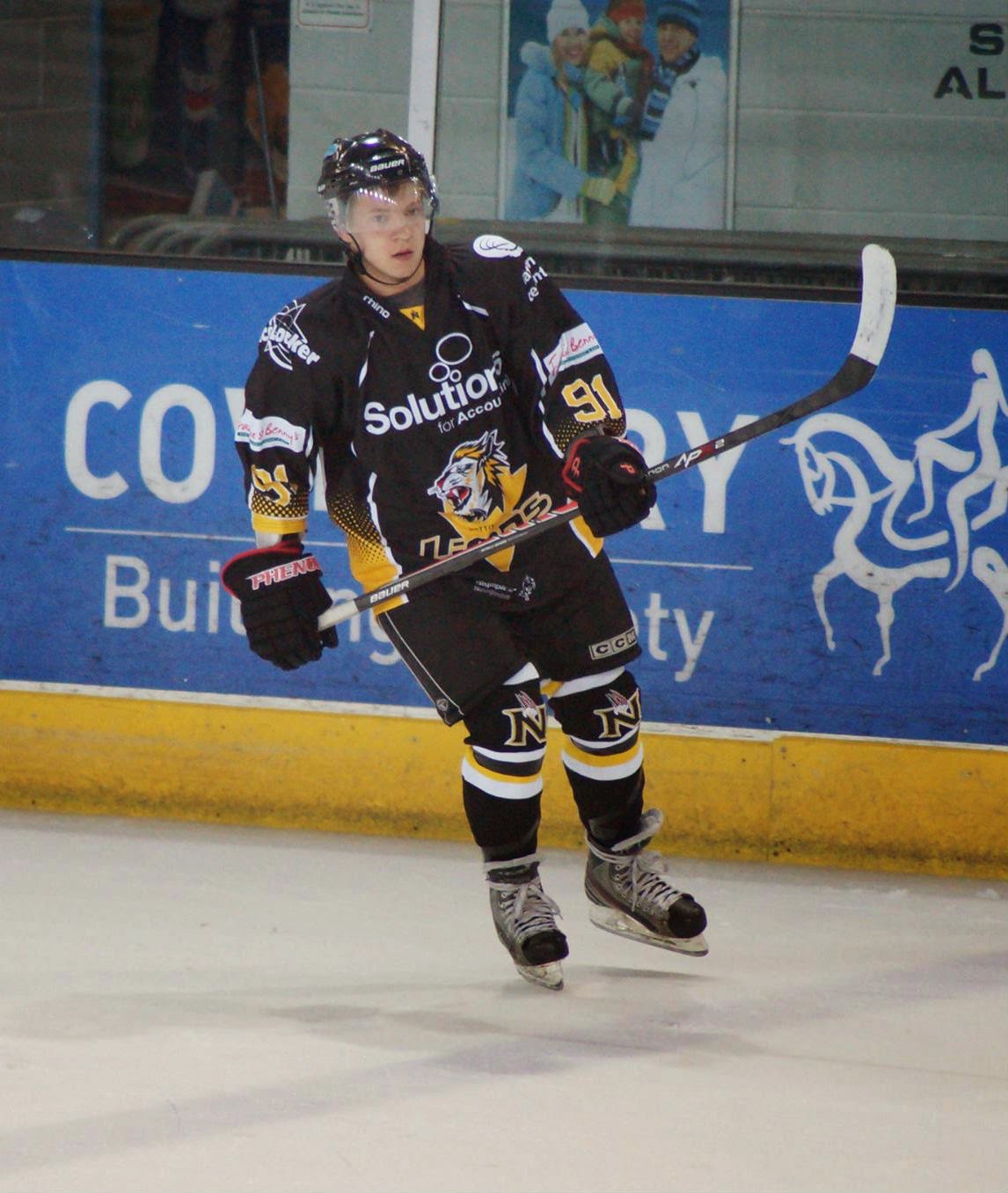 Whitley Warriors bid to build on their steady start to the NIHL North season this Sunday as they welcome Sheffield Spartans to Hillheads.

After defeat in their opening game at Blackburn Hawks, Warriors have bounced back with a win and a draw to move into the top half of Moralee D1.

The two teams fought out a 2-2 draw in Sheffield last weekend, with Harry Harley grabbing a late equaliser for Warriors.

He said: “I feel we’ve made a good start to the season. We have a solid team in all areas and we’re able to compete with any team in this league.

“We played Sheffield last weekend with a very short bench, but we all gave it everything we had and came away with a draw. Apart from the injured Adam Reynolds we’ll have a full bench this weekend, so hopefully we should get the win.”

The remaining D1 game is on Saturday as Sutton Sting meet Manchester Minotaurs. In the British Challenge Cup, Billingham Stars face a weekend double header against the EPL’s Manchester Phoenix, while Solway Sharks travel to Sheffield Steeldogs on Sunday.

Lions have picked up just three points this season and forward Ivo Dimitrijevs (above) is keen to get some wins on the board. He commented: “It’s always exciting to play for a new team. I’ve been with Lions for two months and I can say only good things about this organisation.

“We’re facing two very good teams this weekend, but I don’t see any problems to pick up four points. We have to be stronger and focused more on our first and third period, but I just think it’s because we have a very young roster and we’re missing a little bit of experience. I’ve already seen how our young guys battle and I can see us only getting better.

“We’ve only played five games and three of them we lost by one goal. We just need to work on our mistakes and play better hockey with every game. It’s hard to say what will happen later in season, but if we work hard and believe in ourselves our goal should be the play-offs.”

Lions’ Head Coach Matt Bradbury has strengthened his options ahead of the weekend, with the addition of veteran Stuart Parker to his roster.

Widnes host Sheffield Senators on Saturday, before their trip to Nottingham on Sunday and defenseman Matt Wainwright expects a tough weekend. “Sheffield have had some good results and have been getting stronger over the last couple of years,” said Wainwright.

“Nottingham are always a tough team to play and with the league improving any team can beat another on their day. The weekend will be a true test of character for us. It’s important for us to pick up as many points as possible this weekend to show the league that we are here to compete and challenge for the top four.”