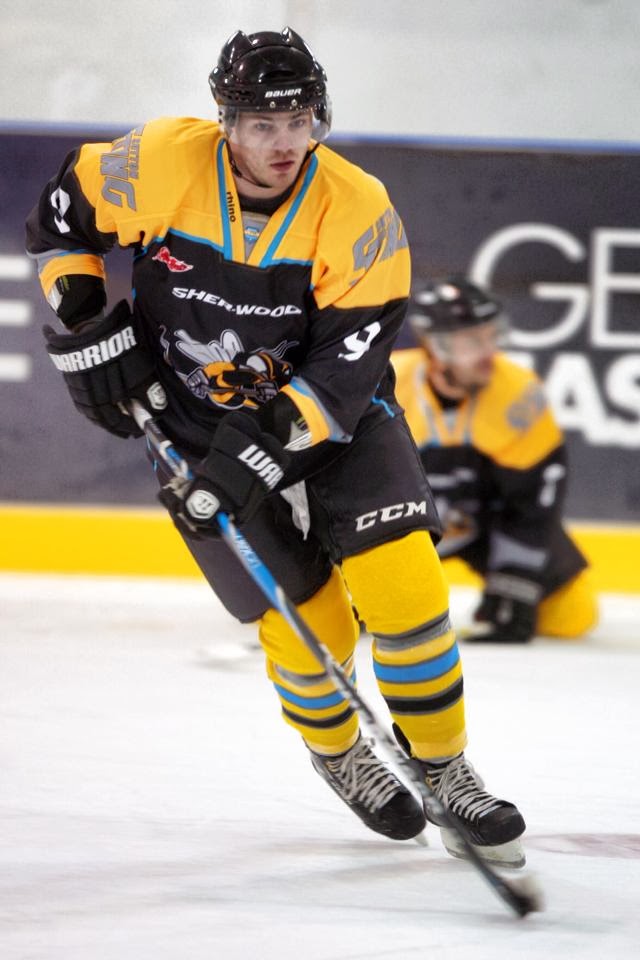 Solway Sharks face a difficult looking weekend as they bid to clinch the NIHL North (Moralee Conference) title. Sharks welcome Whitley Warriors to Dumfries on Saturday, while the following day they travel to Teesside to face Billingham Stars.

Last week’s 2-2 draw with Sheffield Spartans left Sharks needing four points to retain their crown, but Coach Martin Grubb is taking nothing for granted: “Whitley will come here desperate to get something to stay in the hunt for the play-offs. It’s about getting over the line for us now.

“It’s not about performances, it’s about doing the right things and hopefully we can get back to winning ways. We’ve got to be hungrier than every team we play, because no-one wants to be the team we win the league against.”

Whitley return to Hillheads on Sunday as they face fellow play-off hopefuls Sutton Sting. The visitors hold a two point lead over Warriors in the race for fourth and forward Thomas Stuart-Dant (above) expects a tough battle: “I think the whole team needs to start putting away our scoring opportunities and look to all of the lines for goals, not just our first two.

“Whitley have been fighting valiantly with the other top teams and making the most of having some home advantage, and they’re going to try that again on Sunday, but if we play tight in the defensive zone and shut them out we’ll be ahead straight off the face-off.”

The remaining Moralee games see Sheffield Spartans looking to keep the pressure on the teams above them as they face Blackburn Hawks on Saturday, while the bottom two meet on Sunday with Manchester Minotaurs welcoming Telford Titans to Altrincham.

The top four in Laidler Conference are all in action on Sunday. Leaders Solihull Barons are at Blackburn Eagles, while second and third do battle as Deeside Dragons host Coventry Blaze. Fourth placed Nottingham Lions face-off against Widnes Wild looking to gain revenge for a 5-1 defeat the last time the teams met.

Coach Matt Bradbury is hoping for some extra support from the city’s hockey fans for the game: “Widnes will work hard as they always do. They’ll bring a few fans with them and they’ve got a good set-up there. Our boys will want to settle the score from last time. Panthers are playing before us, so hopefully some of their season ticket holders will come and get behind us. It should be a really good game.”