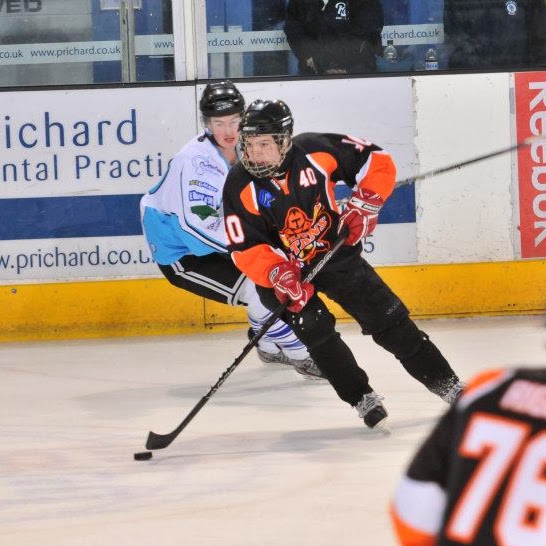 Third meets fourth in NIHL North (Moralee Conference) on Sunday as in-form Sutton Sting travel to Blackburn Hawks. The visitors have won 11 of their last 13 games, while Hawks are on an eight-game winning streak, leaving both teams pushing hard for a slot in the end-of-season play-offs.

After a slow start to the campaign, Sting Coach Ian Johnson is pleased with their recent run: “It’s a big weekend for both teams. We’re getting towards the business end of the season and everyone is improving. Looking back at our results at the beginning of the season I cannot grumble.

“Telford gave us a scare last week and worked really hard, but our determination pulled us through to secure a much-needed win. Hawks, like us, are in good form so I’m expecting a real battle and we’ll have to be at our best to beat them. If we find the net early in the first we’ll be there or thereabouts, but if we go behind it will be a tough mountain to climb as I know the Hawks are full of confidence at the moment.”

Telford Titans are at Billingham Stars on Sunday still seeking their first points of the season. After two much-improved performances last weekend, Coach Rob Blakemore says it’s only a matter of time before they cause an upset: “Last week we were bolstered by the return of Mike Roden and Cam Blakemore (above), plus Tigers EPL players Dan Harrison, Macauley Haywood and netminder Tom Murdy. With such an experienced stopper in the nets the whole team was lifted and put in two of the best performances of the season.

“Despite Murdy’s best efforts our fitness proved a major factor and although we led in both games we eventually gave in to pressure in the final period. I’m hoping to be able to call on the same Tigers players at Billingham and I’ve asked the squad to commit to working on their off-ice fitness. Hopefully we can pull a result out of the bag.”

The top two in Laidler Conference are both in action on Sunday. Leaders Solihull Barons welcome Sheffield Senators to Hobs Moat Road, while title rivals Deeside Dragons are at Widnes Wild. Barons have recorded three wins over Senators this season, with Deeside claiming two victories on home ice against Wild.

Slovakian forward Filip Supa believes Wild can shock their visitors: “It’s a big game this weekend for everyone in Widnes. We lost the first two games against them, but we played really well. We’re playing in front of our home crowd, which can be very helpful as nobody in this league has the amount of fans we have. We’ve got a lot of potential in our team, with talented young players and a few new signings. I believe we can win this game.”