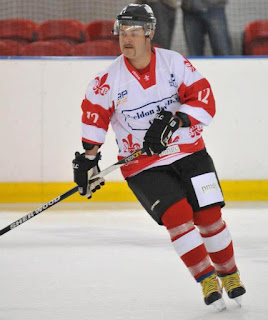 Billingham Stars aim to move to the top of NIHL1 North this weekend as they face a home double header against Telford Titans & Blackburn Hawks. Stars are just a point behind Solway and Coach Simon Leach is anxious to keep the pressure on the Sharks, “We just need to do the job and keep getting the points,” said Leach. “It’s a long season and inevitably we’re going to lose points along the way – we need to ensure we drop as few as possible and hope that other teams drop more than us.” Solway face a tricky trip on Sunday to meet Telford.

Sutton Sting travel to Trafford Metros on Saturday, before hosting Whitley Warriors the following night. Metros will ice new Czech import Tomas Hnilica, while Warriors have been boosted by the addition of ex-Newcastle Vipers’ bench coach Dave Holland to their coaching staff.

Solihull Barons will look to get their NIHL2 North promotion bid back on track, with a trip to struggling Blackburn Eagles on Sunday. Barons were stunned 4-1 by Sheffield Senators last week and defenseman Adam Andrews (above) is keen to return to winning ways,” Assistant Player/Coach Chris Allen has been grilling us hard in training this week to ensure the draw and defeat in our last two games become a distant memory for the rest of the season,” said Andrews. “Any team is capable of turning the other over at the moment and NIHL2 has come along way since the days the Barons walked the league two years ago. We’ve got to step up and stay focused to avoid any more mishaps.”

Leaders Nottingham Lions travel to meet Sheffield on Saturday. Lions recovered from three down against the Senators last week to win 7-5 and another close battle is expected. Deeside Dragons face a difficult trip to meet Hull Stingrays.