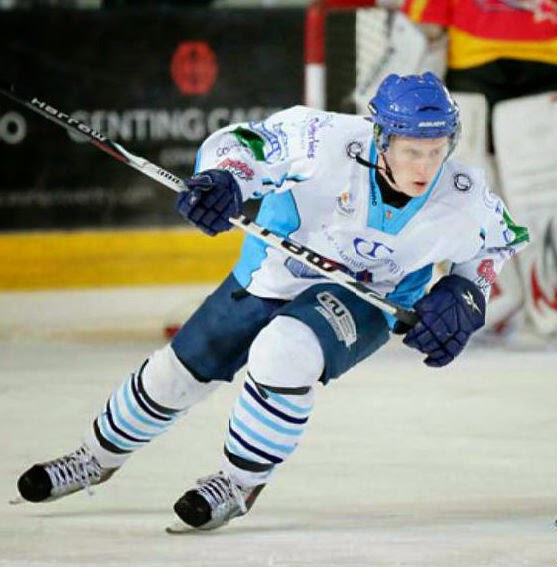 The majority of last year’s squad are back including Stuart Brittle, Jonathon Kirk, Scott Morris and Ross Jordan, while Elliot Knell returns to the club after a spell with Invicta Dynamos in NIHL1 South.

Rhys Gillatt (pictured) has switched to Manchester Minotaurs from Coventry Blaze. Andy Dunn, John Murray, Max Drakeley and Joe Greaves are amongst a number of returnees in Minotaurs’ colours, while Head Coach Kevin Cassidy has also confirmed he expects to ice a number of players from the Manchester Phoenix junior set-up during the coming season.

In NIHL1S, Stuart Tait and Jack Tarczycki are back for another year with Streatham, while Adam Wood has joined the Redskins from Cardiff NIHL. The club have also confirmed David Carr, Liam Rasmussen, Casimir Madren-Britton and Evander Grinnell-Parke are all back for a further season.