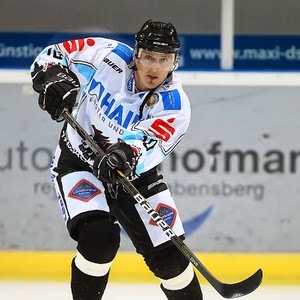 Chelmsford Chieftains have completed their roster ahead of the new NIHL1 South season with the signing of Martin Piecha. The Czech forward has joined the Essex outfit after a successful four-year spell in Germany.

London Raiders have added youngsters Hayden & Taylor Wootton and Jack Lee to their squad, and netminder Michael Gray is back for another year. Jamie Newton has joined Oxford City Stars from Bristol Pitbulls. Mason Wild and Jacob Smith have also agreed another year with the club. In NIHL2S, Lewis Tribble has moved to Slough jets from Wightlink Tigers.

In Laidler D2, Nottingham Lions have signed ex-Telford Titans defenseman Conor Gordon, while Rob McDonald joins from Slough. Craig Wallis, Slawomir Kasprzak and Ben Foster-Wilson have agreed another season with the Lions, while youngsters Sam Illsley and Sam Adcock have also been added to the roster. Jason Fitton, Tom Fielden and Conor Duthie are all back for another year with Blackburn Eagles.