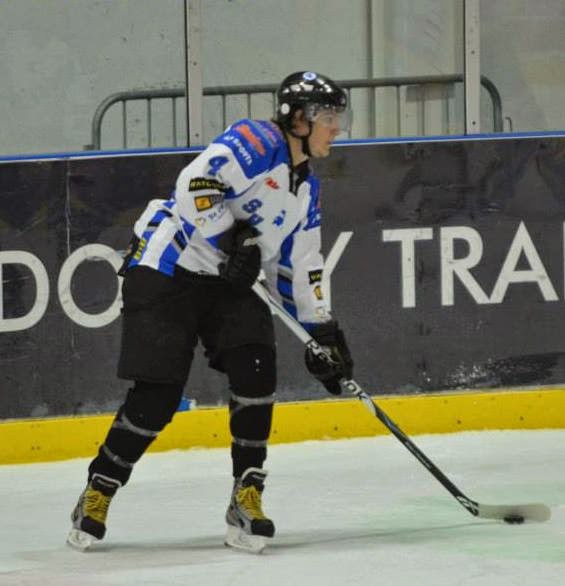 Whitley Warriors warmed up for the new NIHL North Moralee D1 season with a 7-4 win at Kirkcaldy Kestrels.

Tom Humphries (left) scored four in Sheffield Senators’ 7-3 victory over Bristol Pitbulls, and the Laidler D2 outfit followed up with a 7-1 success against Manchester Minotaurs. Widnes Wild lost 2-1 at home to the Pitbulls.

Telford NIHL have signed GB U18 netminder Denis Bell from MK Thunder, while Macaulay Heywood and James Smith join from the Tigers’ EPL team. Ken Armstrong is back for a second year with Widnes, Reece Glossop has agreed a third season with Nottingham Lions and Blackburn Eagles have added netminder Phil Crosby to their squad.

In NIHL1 South, Joe Johnston will once again captain Streatham Redskins. Charlie Phillips has joined Invicta Dynamos from London Raiders, while Bracknell Hornets have added Mark Duffy and Matt Ovenden to their roster.

Alex Murray will continue as Solent Player/Coach, and the Devils have also agreed deals with Guildford Juniors Sam Calder, Ralfs Circenis and Monty Gailer. Cardiff NIHL have added a number of players to their D1 & D2 ranks including Alex Madge, Jack Randall and Martin Davison.