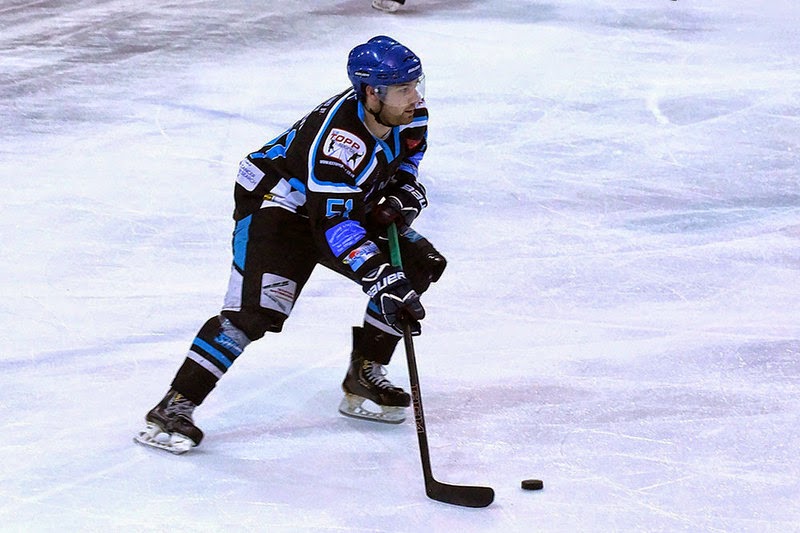 Reigning NIHL North champions Solway Sharks have boosted their hopes of retaining their Moralee D1 crown with the signing of Richard Bentham.

The ex-Manchester Phoenix and Peterborough Phantoms forward joins the Dumfries outfit after racking up nearly 200 games in the EPL. Sharks have also confirmed two returnees to their roster, with Struan Tonnar and Gary Russell both agreeing another season.

Blackburn forward Dan MacKriel is back for a further year with the Hawks, but Latvian Ivo Dimitrijevs has left to join Nottingham Lions in Laidler D2. Netminder Warren Gilfoyle also moves to the Lions from Hull Jets, while Nick Saxton is back for another season with Blackburn Eagles. Telford Tigers NIHL have confirmed Scott McKenzie and Jason Parry as their coaching team.

Defenseman Danny Wright has agreed another year with Chelmsford Chieftains in NIHL1S, while Sean Barry moves up from their NIHL2 Warriors roster. Invicta Dynamos have snapped up Billy Phillips from London Raiders and Harrison Lillis from Streatham Redksins. Joe Allen and Adam Mahoney are back for another year with the Redskins, while Jacob Ranson returns to the Raiders after a spell with MK Thunder.

Ryan McFarlane has left the SNL’s Dundee Tigers to join Solent, while the Devils have also added Sam and Shaun Rudkin to their squad. Bracknell Hornets have signed Jack Baveystock from Nottingham Lions, Simon Griffiths from Slough Jets and returnee Cameron Barker.

Nathan Darmanin, Tomas Gilheany and Stas Prokofiev and Josh Ealey-Newman have all been confirmed to the Jets’ D2 roster, while Alan Armour and Grant Richardson have agreed another season with Bristol.