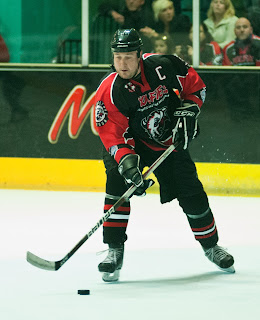 Reigning NIHL1 South champions Chelmsford Chieftains have added six more players to their roster ahead of the 2015/16 season.

Ross Brears, Alex Staples and Cameron Bartlett all return for another year, while netminders Ben Clements and Euan King have also agreed a further season at the Riverside.

Grant Bartlett has rejoined the squad after recovering from the injury that kept him sidelined for the whole of the last campaign.

Streatham Redskins have added experienced EPL forwards Nicky Chinn and Chris Wiggins from Basingstoke Bison and MK Lightning respectively. Dom Hopkins is back for his fourth year with the club.

Mark McGill and Adam McNicoll have both agreed a further season with Invicta Dynamos, while Wightlink Raiders have snapped up promising GB U18 forward Danny Ingoldsby. Ryan Webb has also signed for a second season with the Isle of Wight outfit.

Alan Lack has agreed another year with London Raiders, while Slovakian forward Michal Oravec switches to the capital from Invicta.

Whitley Warriors have been the most active NIHL1N club, adding nine more players to their squad including DJ Good, Dean Holland, Jamie Tinsley and Harry Harley. Shaun Kippin is also back in a Warriors shirt after a year away from the game through injury. Chris Arnone has agreed another season with Blackburn Hawks.

In NIHL2N, Widnes Wild have confirmed Ken Armstrong, Geoff Wigglesworth and George Crawshaw to their roster.