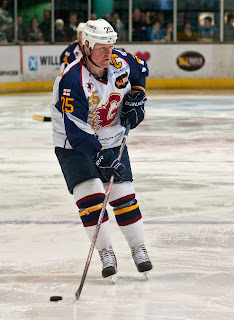 The NIHL 2015/16 season is still over three months away, but a number of teams have already begun to assemble their rosters.

The D2 outfit have also confirmed Greg Ruxton, Calum Ruddick, Shaun Dippnall and Danny Bullock have all agreed another season with the club.

Reigning D1 South champions Chelmsford Chieftains have been the busiest club so far, adding seven players to their roster.

John Connolly returns to Essex after a spell in the EPL with MK Lightning, while Juraj Huska and Anthony Leone join from Invicta Dynamos. Matt France switches to the Riverside from London Raiders and Julian Smith, Darren Brown & Matt Turner are all back for a further year.

Wightlink Raiders have secured netminding duo Matt Colclough and Shannon Long for another campaign. David Oliver is back for another year with London and Thomas Davis has agreed a sixth season with the club.

MK Thunder have snapped up Ross Bowers from the EPL’s MK Lightning, while Jamie Line and Damien King have both re-signed. Drew Campbell has left Solent Devils to sign for former club Haringey Racers in D2 South.