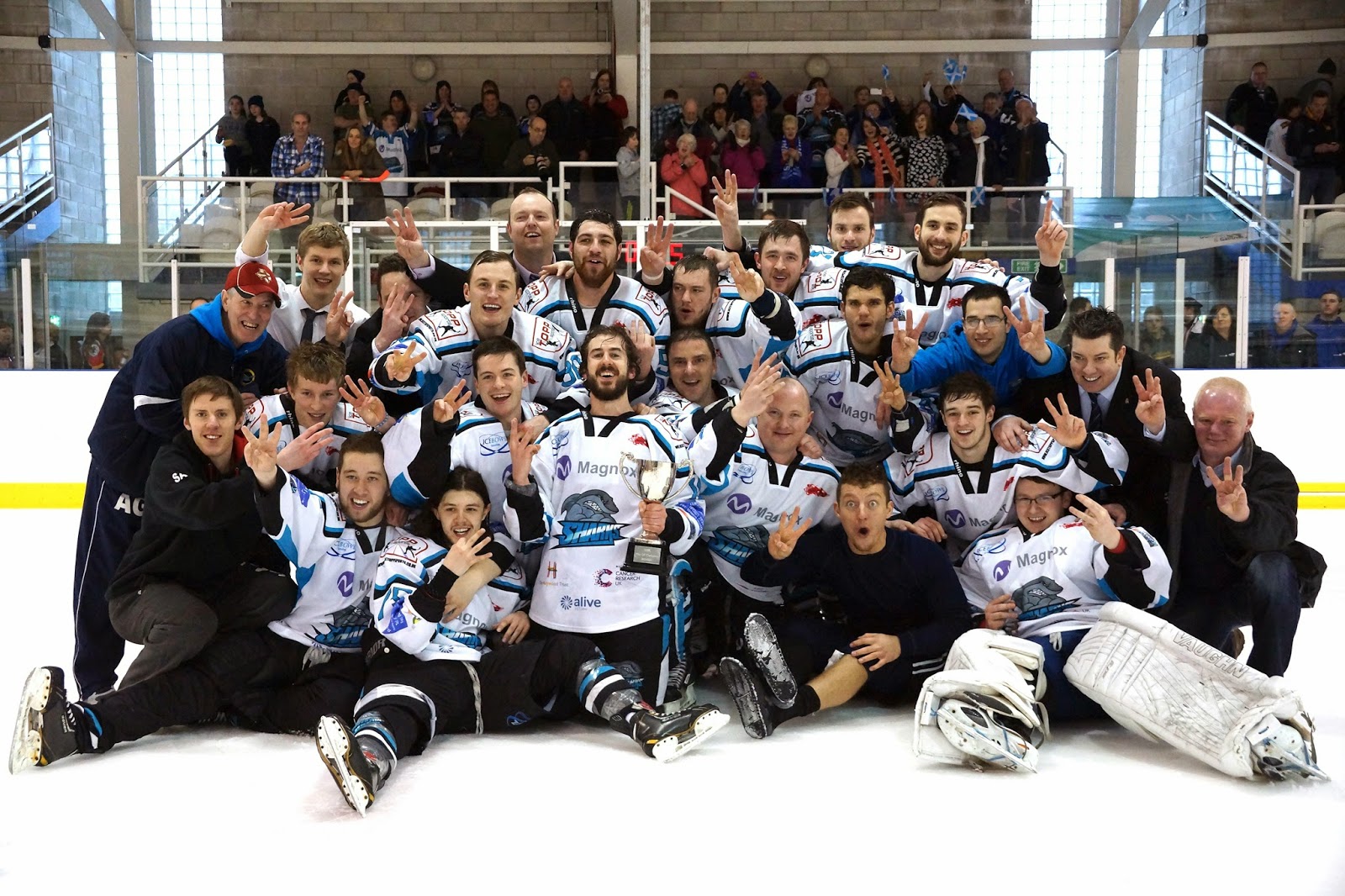 Solway Sharks and Braehead Clan have announced a new partnership agreement ahead of the 2014/15 season.

The partnership will see up to five Sharks development players signed on a two-way deals by the Clan, with the opportunity of training and playing with the Elite League club. As part of the agreement, Braehead will play a pre-season game in Dumfries against Solway on Wednesday, 3rd September )face-off 7.30pm).

Braehead Hockey Operations Director Gareth Chalmers commented: “The Braehead Clan are an organisation that want to sign and help develop young British players.Solway are an organisation we highly respect for the work they do in this area. From the moment I joined the Clan one of my objectives was to set up an agreement and relationship with the Sharks.

“Initially our agreement will see up to five Sharks development players sign two-way deals with the Clan, however we have a long term objective of possibly having a number of development players based in Dumfries with the Sharks, where they can learn and develop their game. We’re looking forward to our game in Dumfries, which will give us further competitive pre-season action ahead of the 2014/15 season.”

Sharks’ Chairman Les Maxwell said: “This is an exciting partnership for the Sharks with one of the best organisations in the Elite league and gives particularly our younger players an opportunity to advance to the highest level if they are prepared to put in the work. It may also help us attract players to the club who want to further their development.

“As a development club, the Sharks have always been keen to give talented youngsters an opportunity to showcase their talents within the highly competitive NIHL North Moralee D1 and we have a good track record of such players moving onto higher levels.

“With the introduction of the crossover cup with EPL clubs this season, this partnership with Braehead gives our younger players a chance of even stiffer tests of their talents. The opportunity is now there with Solway for youngsters across the country to fulfil the dreams with a clear pathway to the top.”

Tickets for the Sharks v Clan game will be available on the night at the Dumfries Ice Bowl priced at £7.50 for adults and £5.00 for concessions (16s and under, disabled and OAPs). Family tickets are priced at £15 (2 adults and all children under 16).