What are the 10 most popular sports in the UK? Will your favourite make the list? Find out here!

Here in the UK, we love our sports. The sports industry dominates many different aspects of our daily lives and we love to get involved whenever we can. Here are ten of Britain’s most popular sports.

Whether it is the steeplechase or just a flat race, we love a day at the races. Britain is home to four of the most prestigious horse racing events in the world; the Derby, the Grand National, Cheltenham Races, and the Royal Ascot. Despite being more of a spectator sport than others on the list it is one of the most popular, with a record number of bets flying in. NetBet UK also offers games such as Flying Horse which allow you to maintain the thrill of scoring big, even after one of these renowned races has ended and you’re eagerly waiting for the next.

We could not list the UK’s favourite sports and not mention this beautiful game. Whether you are following the journey of England at the Euros, The World Cup or just supporting your local team, everyone loves football. It is also one of the most accessible sports we have, with amateur lunchtime leagues at work or children just having a kick about in the playground or park.

England’s national sport has a long history and is enjoyed by many teams up and down the country. It is also extremely popular in some Commonwealth countries like India and Pakistan. To see cricket at is best, you need to tune into the Ashes each summer.

With Scotland, England, and Wales all having a stake in the Six Nations, you can bet that the UK loves rugby. It was once considered a game for the upper classes but is now played and enjoyed by many all throughout the country. Named for the town in the Midlands where the game was allegedly invented, it has spread to become one of the most popular sports in the world. 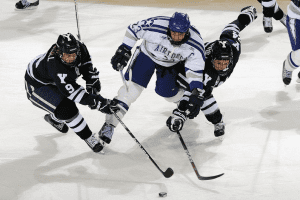 Wimbledon is one of the most prestigious tennis tournaments and is also the only Grand Slam to still be played on grass. Tennis is also enjoyed up and down the country at various tennis clubs. As one of the sports which offers a mixed doubles style of play, you can always find someone to help you improve your game.

The Henley Royal Regatta is one of the most well-known dates in the UK rowing calendar, not to mention the long-standing rivalry between the Oxbridge rowing teams. There are also many rowing clubs up and down the country which allow you to take to the water however you choose.

Swimming is one of the most popular sports in Britain with nearly everyone taking recreational swimming lessons at some point in their childhood. Wild swimming is also enjoyed by many people around the country, allowing them to get even closer to some of the UK’s most beautiful natural sights.

Cycling has been enjoyed recreationally in Britain for decades; as a cheap and healthy way to get about. There are even many popular challenges like cycling from Land’s End in Cornwall to John O’Groats in Caithness. However, thanks to the efforts of the Team GB Cycling Team and athletes like Sir Chris Hoy, Sir Bradley Wiggins, Victoria Pendleton and the Brownlee brothers, many people are invested in cycling as a competitive sport.

Boxing was revitalised thanks to the introduction of the Queensberry Rules in 1865. It is a sport enjoyed by many different people all over the UK and the best boxers can quickly find themselves becoming overnight household names when they do well at a match.

While many might expect field hockey to do better, ice hockey is very popular in the UK. Many people turn out to support their local teams in the leagues and there is even a growing number of clubs to help new people get out on the ice for the first time.

There you have it, ten of the most popular sports in the UK today! How many of them have you tried?