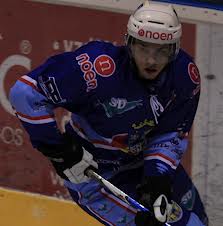 Solway Sharks warmed up for the new NIHL North season with a pair of wins over Whitley Warriors. Sharks cruised to a 9-1 success on home ice and followed up with a 2-1 win at Hillheads.

Sheffield Steelers travelled to Eastern Europe for a trio of friendlies and began with a 4-2 defeat against Slovakia’s HC Kosice. Steelers followed up with a 5-0 loss to Swiss outfit Ambri-Piotta, but they rounded off the trip in style with a 3-2 shoot-out win over Olimpija Ljubljana of Slovenia.

Coventry Blaze beat Cardiff Devils 3-1, but lost by the same score at home to Denmark’s Esberg IK. The Devils also suffered at the hands of the Danes with a 4-3 reverse. Dundee Stars enjoyed a pair of wins over Fife Flyers, winning 4-3 on the road and 7-2 at home.

Hull Stingrays beat Edinburgh Capitals 9-0, before drawing 5-5 at the EPL’s Sheffield Steeldogs. Stingrays completed the week with a 5-4 shoot-out win at Edinburgh.