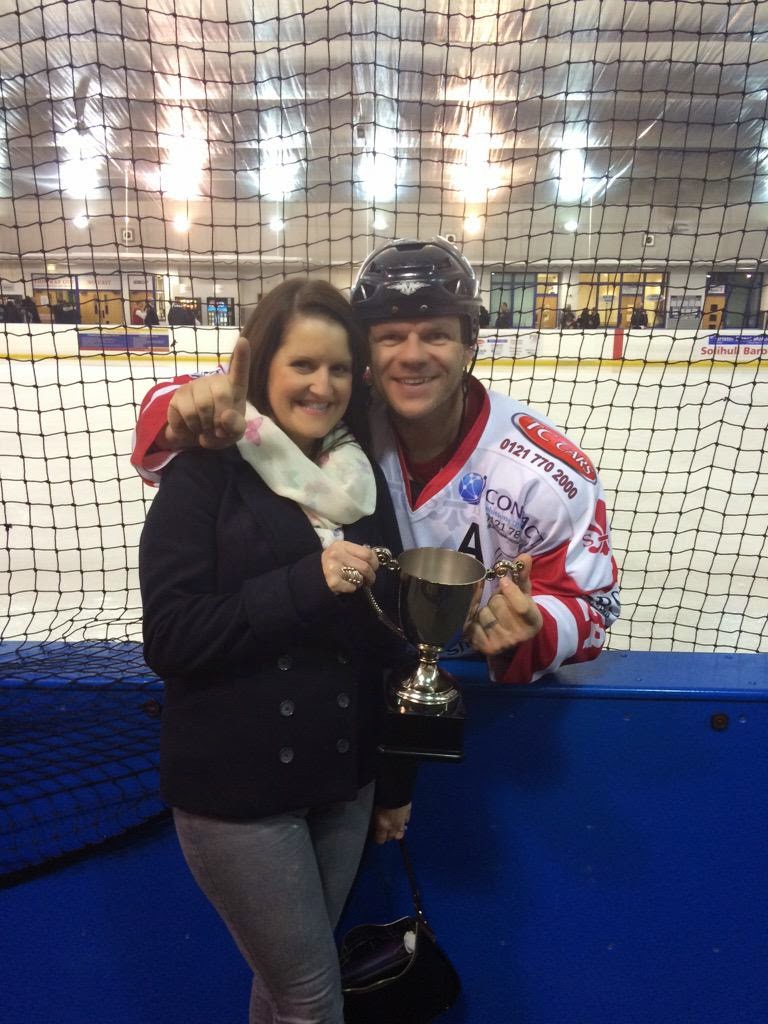 Sheffield Senators won 3-1 at home to Nottingham Lions – Josh Gent scored twice – and they followed up with a 5-3 road success in the reverse fixture.

NIHL1 South champions Chelmsford Chieftains finished their league fixtures with a pair of 2-2 draws at Wightlink Raiders and at home to Oxford City Stars.

Streatham Redskins won 5-3 at Bracknell Hornets and 7-2 at Invicta Dynamos. Tom Davis hit the winner for London Raiders in their 5-4 home success against Solent Devils, but they failed to follow up on the road as they slipped to a 6-2 defeat at MK Thunder. Bracknell lost 4-2 at Solent.

Cardiff NIHL1 kept their hopes of avoiding relegation alive with a 7-5 home win against Oxford. Their 9-0 defeat at Wightlink means they need to win at London next week to consign Oxford to the drop.

EPL champions Telford Tigers rounded off their regular season campaign with a pair of wins against Guildford Flames. Max Birbraer grabbed the winner in a 2-1 road success, and he repeated the feat in Tigers’ 4-3 overtime victory back on home ice.

Ciaran Long scored twice in Basingstoke Bison’s 3-1 win at MK Lightning. Peterborough Phantoms fell 6-2 at Swindon Wildcats, but bounced back with a 4-1 home success against Lightning.

Telford added the British Challenge Cup to their EPL crown after a 5-2 home win against Manchester completed an 8-3 aggregate success.

Sheffield Steelers claimed the Elite League title after tense final week of action. Mathieu Roy’s strike 13 seconds from the end of overtime sealed a vital 4-3 win at Nottingham Panthers, and Steelers secured the crown with a 2-1 home success against Cardiff Devils.

Braehead Clan finished second after winning 9-4 at home to Hull Stingrays and 3-2 at Fife Flyers. Devils’ had kept their title hopes alive with a 6-3 win at home to Edinburgh Capitals, but their defeat in Sheffield meant their 7-2 final day success against Nottingham left them in third place.

Belfast Giants wrapped up their league fixtures with a 2-0 home win against Coventry and a 3-1 victory at Fife. Coventry and Hull split their double-header with each claiming a shoot-out success. Blaze triumphed 1-0 on the road, but Stingrays gained their revenge in the return with a 2-1 victory. Edinburgh won 5-3 at Dundee Stars and 4-3 after a shoot-out in the reverse fixture.