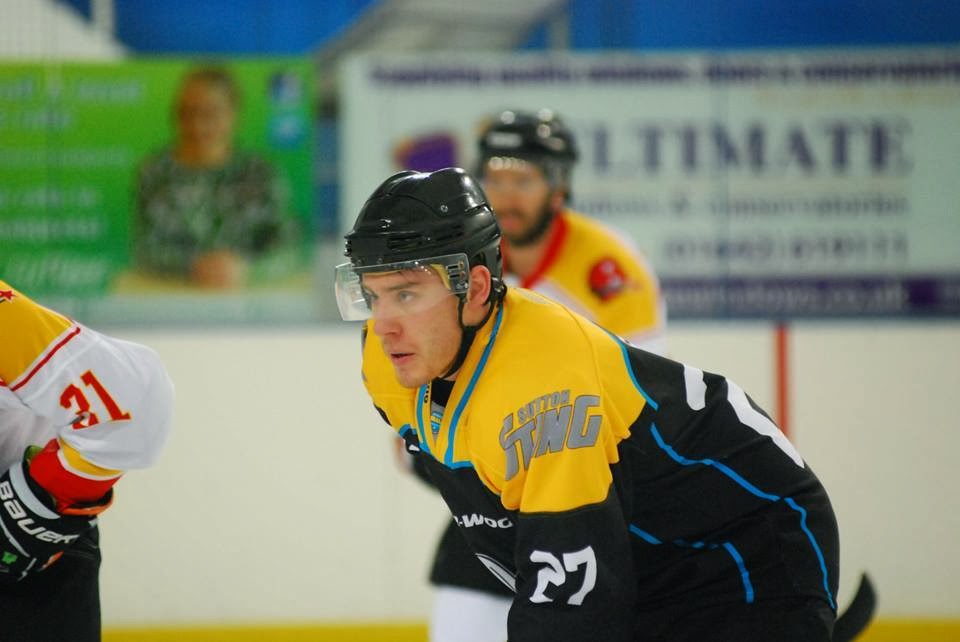 Telford Titans lost 8-1 at Blackburn, but picked up their first league win of the season after coming from behind to beat Sheffield Spartans 6-5 – Adam Taylor grabbed the winner. Solway Sharks remain on course for the treble after a 14-2 win against Manchester Minotaurs in the KD Flavell & Sons Northern Cup.

NIHL1 South leaders Chelmsford Chieftains won 5-1 at Solent & Gosport Devils and 5-0 in the reverse fixture. Invicta Dynamos remain three points behind after winning 6-3 at Cardiff Devils and 8-3 at home to MK Thunder. Cardiff lost 6-4 at Bracknell Hornets and Streatham Redskins drew 4-4 with Wightlink Raiders. MK Thunder picked up their first win of the season with a 3-1 success against Bracknell.

Basingstoke Bison are the new leaders of the EPL after a pair of wins. Doug Sheppard grabbed the shoot-out decider in a 4-3 success at Sheffield Steeldogs and they followed up with a 5-1 home victory against title rivals Manchester Phoenix. Robin Kovar scored twice as Phoenix bounced back to win 6-2 at home to Bracknell Bees.

Guildford Flames had a mixed week. They began with a 2-1 win at home to Peterborough Phantoms, before falling by the same scoreline after a shoot-out at Slough Jets. They recovered in style with a 4-1 victory against Swindon Wildcats. MK Lightning lost 3-2 after a shoot-out at Swindon, but returned to winning ways with a 5-2 success against Sheffield. Aaron Nell scored a couple in Swindon’s 7-2 win against Telford Tigers. Peterborough won 4-2 at Bracknell and 6-0 at home to Slough.

Elite League champions Belfast celebrated their title success with a pair of wins against Coventry Blaze. Craig Peacock (2) led the scoring in a 7-4 success and they followed up with a 3-1 victory to extend their winning run to 13 games. Sheffield Steelers won 6-3 at Braehead Clan and 7-1 against Cardiff Devils, but they found Nottingham a different proposition as the Panthers roared to a 3-1 road victory.

Dundee Stars lost 2-0 at Nottingham, but picked up two points with a 1-0 win against Hull Stingrays. Two Matt Reber goals helped Fife Flyers to a 3-2 win at Edinburgh Capitals, while Jordan Fulton grabbed the overtime winner in their 3-2 success at Cardiff. Coventry won 8-2 against Edinburgh and Hull triumphed 6-4 at home to Braehead.