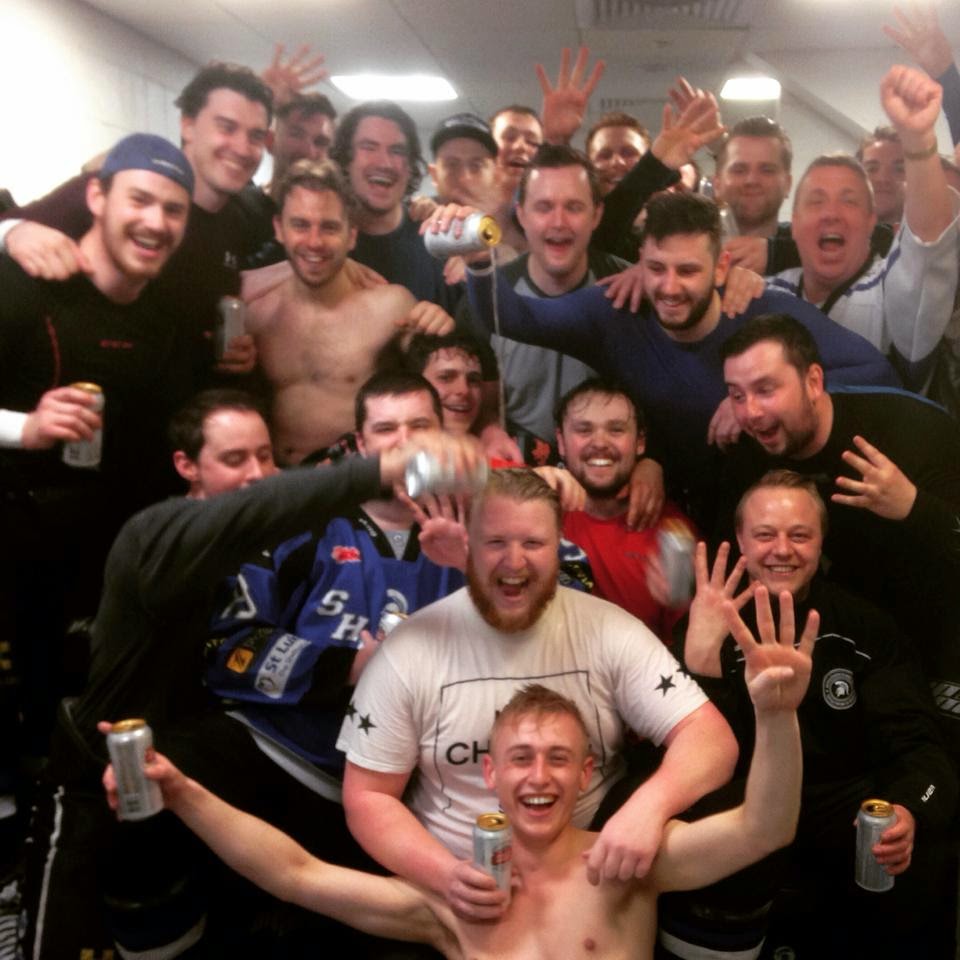 Spartans (left) will face Blackburn Hawks at the Dumfries showdown, while Billingham Stars and Solway Sharks meet in the other semi-final.

Solihull Barons completed the Laidler D2 season with their 100% record intact after a 5-2 win at Nottingham Lions.

Sheffield Senators enjoyed a 5-3 victory at home to Coventry Blaze, but ended their campaign with a disappointing 13-2 loss at Deeside Dragons.

Invicta secured the D1 Cup after two thrilling games against Chelmsford. Dynamos battled to a 4-4 draw in the first leg at the Riverside and claimed the silverware with a 5-3 success back on home ice. Slough Jets won the D2 Cup with an impressive 7-2 win against Basingstoke Buffalo.

Telford Tigers remain on course for the EPL treble after an 11-3 aggregate success in their play-off quarter-final against Sheffield Steeldogs. Tigers now face Peterborough Phantoms who won 6-4 overall against Swindon Wildcats.

Manchester Phoenix are through to the semi-final after an 8-7 aggregate victory against Basingstoke Bison. Their opponents will be MK Lightning who won 7-5 against Guildford Flames over two legs.

Sheffield Steelers booked their place in Elite League finals weekend with a 6-5 aggregate victory over Fife Flyers, while Hull Stingrays claimed a dramatic overtime success against Braehead Clan to go through 5-4 overall.