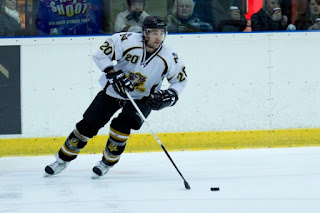 Clan took four points from their double header against Hull Stingrays winning 7-2 on the road – Drew Miller hit a hat-trick – and 4-3 on home ice. Hull completed a miserable week with a 6-2 defeat at Edinburgh – Curtis Leinweber (2) & Richard Hartmann (2) led Capitals’ scoring. In the Challenge Cup Cardiff beat Sheffield 7-6 after a shoot-out – Chris Blight got the winner.