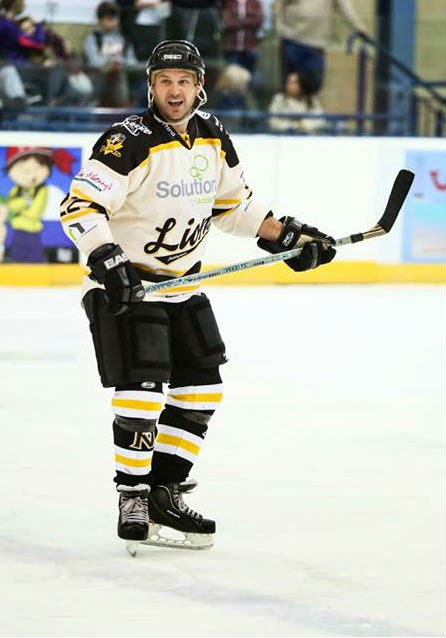 Blackburn Hawks moved five points clear at the top of NIHL North Moralee D1 after an 8-1 victory at home to Sutton Sting.

Solihull Barons retained their unbeaten Laidler D2 record with a 7-2 win at home to Sheffield Senators – Josh Bruce bagged a hat-trick. Telford Tigers NIHL gained their revenge for last week’s defeat at Widnes with an 8-4 road success against Wild.

Invicta Dynamos are now third after a 6-1 win at London Raiders. Jaroslav Cesky scored three in Wightlink Raiders’ 4-1 home success against London. Solent Devils lost 6-4 at Bracknell and 5-4 at home to MK Thunder.

In the British Challenge Cup, Billingham fell 8-3 at home to Blackburn Hawks. Chelmsford lost 5-1 at Guildford Flames, Wightlink were beaten 6-0 at MK Lightning and Invicta were defeated 8-4 at home to Swindon Wildcats.

Belfast Giants beat Sheffield Steelers 4-3 after a shoot-out to record their first victory Elite League victory in three attempts over their title rivals this season. The defeat completed a miserable weekend for the Steelers who also lost 6-2 at Coventry Blaze.

Braehead Clan remain in the title mix after a comfortable 7-3 home win against Cardiff Devils. Nottingham Panthers won 4-0 at Hull Stingrays and 3-1 at home to Coventry. Edinburgh Capitals picked up two shoot-out victories, winning 2-1 at Dundee Stars and 3-2 at home to Hull. Dundee also fell 3-1 on home ice against Cardiff.