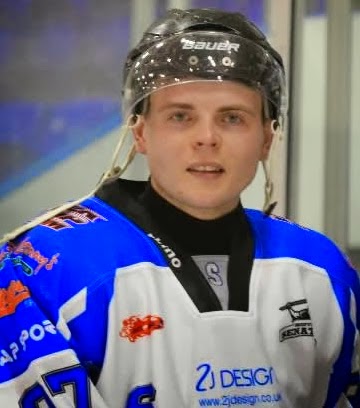 Solway Sharks had a mixed weekend as they began the defence of their NIHL North Moralee D1 title.

Sharks lost 6-4 on home ice to Blackburn Hawks, but bounced back with an 11-6 win at Manchester Minotaurs – Richard Bentham (4) & Struan Tonnar (3) led their scoring.

Solihull maintained their 100% Laidler D2 record with an 8-4 success at home to Telford Tigers NIHL – Josh Bruce hit a hat-trick for Barons. Dale White scored all four goals for Coventry Blaze as they won 4-1 at home to Hull Jets.

In the British Challenge Cup, Billingham Stars lost 10-2 against the Hawks, Swindon Wildcats won 3-0 at home to Wightlink Raiders and Basingstoke Bison won 7-2 at Invicta Dynamos.

Chelmsford Chieftains still lead NIHL1 South after a three point weekend. They drew 1-1 at home to MK Thunder and followed up with a 7-3 success against London Raiders. Bracknell Hornets won 4-2 at Cardiff NIHL1 and 8-2 at home to Wightlink.

Guildford Flames picked up four points in the EPL, winning 2-1 after a shoot-out at Basingstoke Bison and 6-3 at home to Manchester Phoenix. Telford Tigers began the week with a 4-0 defeat at home to Swindon, but recovered in style with an 11-3 win at Bracknell Bees and a 7-4 victory at home to MK Lightning.

Shaun Thompson (2) & Frantisek Bakrlik (2) led the scoring as Manchester won 7-4 at Sheffield Steeldogs. Peterborough Phantoms lost 5-4 after a shoot-out at MK Lightning, but bounced back with a 4-2 win on home ice against Swindon. Bracknell picked up their first points of the season after a 7-3 win at Sheffield.

Belfast Giants stay top of the Elite League after picking up a pair of wins against Cardiff Devils. Mike Kompon grabbed the decider in a 3-2 success and they capped off a successful weekend with a 5-2 victory. Coventry Blaze won 3-2 at home to Braehead Clan, while Hull Stingrays fell 5-2 at home to Dundee Stars.

In the Elite Challenge Cup, Fife Flyers won 5-1 at home to Edinburgh Capitals and 2-1 after a shoot-out in the reverse fixture. Nottingham Panthers won 2-1 at home to Coventry, but couldn’t build on that result at Sheffield as they slipped to a 4-2 defeat. Scott Pitt scored three in Braehead’s 7-4 win at Dundee.