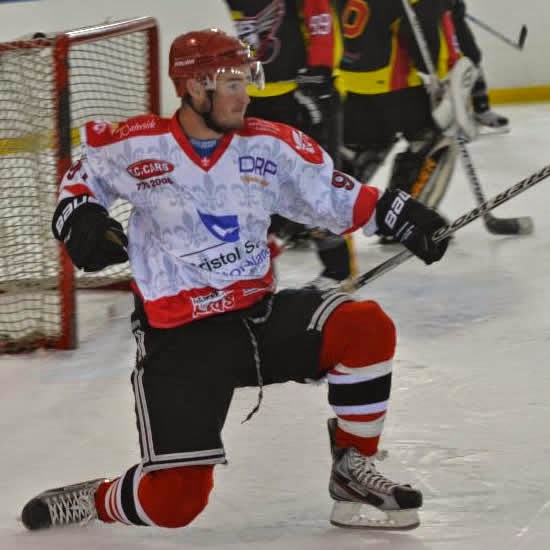 Billingham Stars won the inaugural British Challenge Cup game in impressive fashion with a 5-2 victory at Solway – Michael Elder (2) led Stars’ scoring. The Sharks followed up with a 4-0 loss at Blackburn Hawks.

That result crowned a solid first weekend for the Hawks, having triumphed 11-3 at Manchester Minotaurs in their NIHL North Moralee D1 season opener.

Widnes picked up two points with a 7-0 success against the Eagles. Sheffield Senators came from behind to win 2-1 at Deeside Dragons – Joel Aheran & Tom Humphries got the goals.

London Raiders kicked off the NIHL1 South season with a 6-4 home win against Cardiff NIHL – Jakub Klima (3) led their scoring. Chelmsford Chieftains won 6-4 against Solent Devils in the NIHLS1 Cup, while Haringey Racers lost 5-4 at Basingstoke Buffalo in the NIHLS2 Cup.

Belfast Giants began the defence of their Elite League crown with a 4-1 win at Dundee Stars. Rory Rawlyk scored the only goal of the game as Coventry Blaze won 1-0 at Fife Flyers, while Russ Cowley’s late empty-netter capped a 4-2 win in the reverse fixture.

Nottingham Panthers’ Champions Hockey League woes continued with a pair of defeats in Scandinavia. Panthers had already lost their opening two games on home ice and followed up with a 6-2 defeat to Lukko Rauma (Finland) & a 9-1 loss to Lulea Hockey (Sweden).

Eight EPL teams put the finishing touches to their preparations for the new season with a series of warm-up games. Manchester Phoenix faced Sheffield Steeldogs in their annual War of the Roses clash, but crashed to a 9-4 aggregate defeat.

Guildford Flames won 3-2 at Basingstoke, but Bison bounced back to win the return 6-2. Peterborough Phantoms won 5-2 at home to MK Lightning and followed up with a 3-1 success on the road. Swindon Wildcats beat Lightning 6-1, but lost 3-2 home and away to Bracknell Bees.