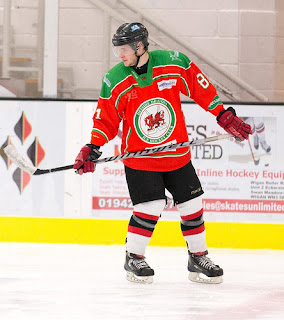 Deeside Dragons have confirmed the re-signing of Jordan Bannon. The 19-year old returns to the club after an impressive 2012/13 campaign where he notched 20 goals and 14 assists in just 13 games.

Bannon burst onto the scene two seasons ago with Blackburn Hawks, narrowly missing out on play-off success. He moved to the EPL with Telford Tigers, before sealing a switch to North Wales last December.

Despite narrowly missing out on a place with the GB U20 squad, Bannon’s form helped Dragons to the NIHL North promotion play-off game, which they lost in controversial circumstances to Coventry Blaze.

Bannon admitted he would miss some games due to work commitments, but was delighted to be back on the ice: “I’m very grateful for Deeside being so flexible and giving me the opportunity to play this year. I apologise in advance to the fans for when I miss games, but there’s nothing I can do about it. I’ll make as many as I can and promise to give everything to help the Dragons succeed.”

Deeside boss Ian Foster believes Bannon’s return is a big boost in their search for honours: “It’s great to have Jordan back. He’s able to change a game and last year was a massive part in us finishing second. We’re still a couple short, but Jordan could make the difference in our chase for the NIHL2 North title.”