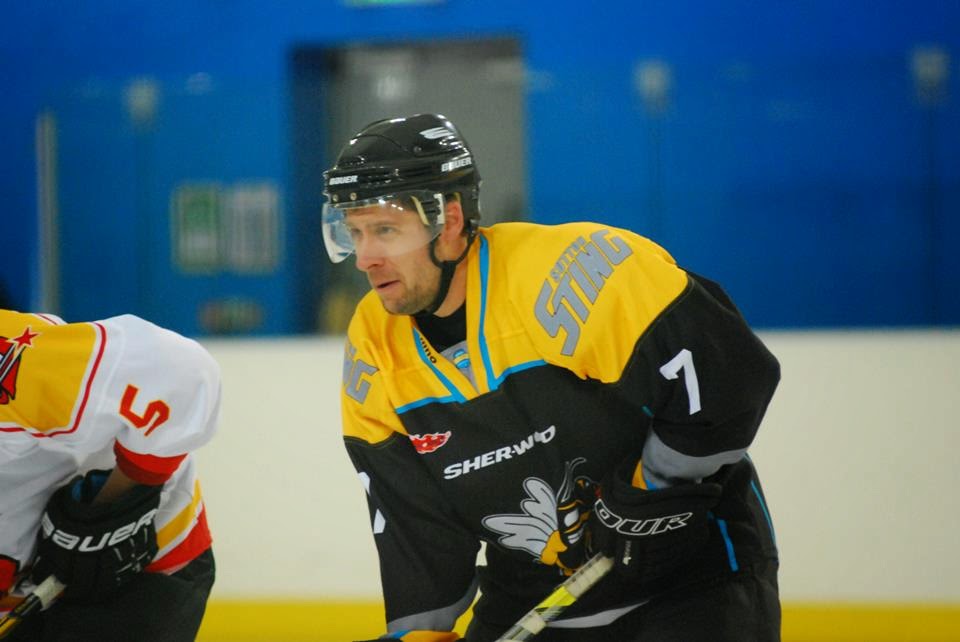 Carl and Shaun Ashton have signed for Sutton Sting.

Carl has been out of the game since 2009, but previously iced for Sheffield Scimitars in the EPL, while 2014/15 will be Shaun’s fourth in Sting colours.

“After a lot of consideration and discussions with a number of people, I’m happy to have signed for Sutton,” said Carl.

“I’ve watched a lot of games over the last few years and have always been impressed with the way the club is run. I can’t wait for the season to start and I’m excited to see what we can achieve.”

Shaun (pictured) added: “I’m very happy to be back with Sting and getting down to business. There have been quite a few changes over the summer and I’m looking forward to seeing these take shape and see what we can do.”

Matt Darlow made re-signing Shaun one of his top priorities when he took over as Head Coach and he admitted Carl’s addition was a welcome surprise: “The cherry on the cake came when Carl came out for a skate with us, looked like he’d never been away from the sport and said he was interested in signing.

“These guys are two of the best Brits in the league and will give the opposition nightmares with their smart intensity and high standard of play. The scariest thing is they are both at the peak of their fitness levels right now and are doing damage way above and beyond what they’ve ever done before.”