If you think of ice hockey, you’ll most likely picture countries like Russia, Canada, the United States and Finland. Rightly so, as these are some of the most successful ice hockey countries in the world.

Their success stems from a long history of the sport being played within their borders, creating a cycle of successful players inspiring the next generation, leading to more top talent being nurtured.

Another thing that these countries have in common is that they all endure large amounts of snowfall during the winter months, with temperatures regularly dropping below zero degrees Celsius. This makes them more accustomed to dealing with icy conditions and to cultures built up around sport and recreation on ice.

Britain on the other hand, has neither a strong history of ice hockey nor regular winter snow. Despite its reputation for being cold, the UK has mild and varied winters, with temperatures that hover around -3 and 5 degrees in the winter. The country also has snow so infrequently that when it does happen its infrastructure cannot cope, with roads being blocked and trains cancelled after just a smattering of snow. Brits typically stay indoors whenever snow has fallen.

These factors, as well as the fact Brits already have plenty of sports to keep themselves occupied, have meant that ice hockey has had an uphill battle when trying to take hold in the country.

Comparing ice hockey in the United States to the sport in the UK is like comparing chalk and cheese. The NHL is one of the biggest sports leagues in North America, with a large following from fans all over the world, massive TV rights deals, and coverage by major sports bookmakers like SkyBet. Meanwhile, the UK’s Elite Ice Hockey League has an average match attendance of just 2,482 spectators per game, almost no media coverage at all, and little interest from bookmakers. Ice hockey is seen by most British people as difficult to understand, even more difficult to play, and quite inaccessible. 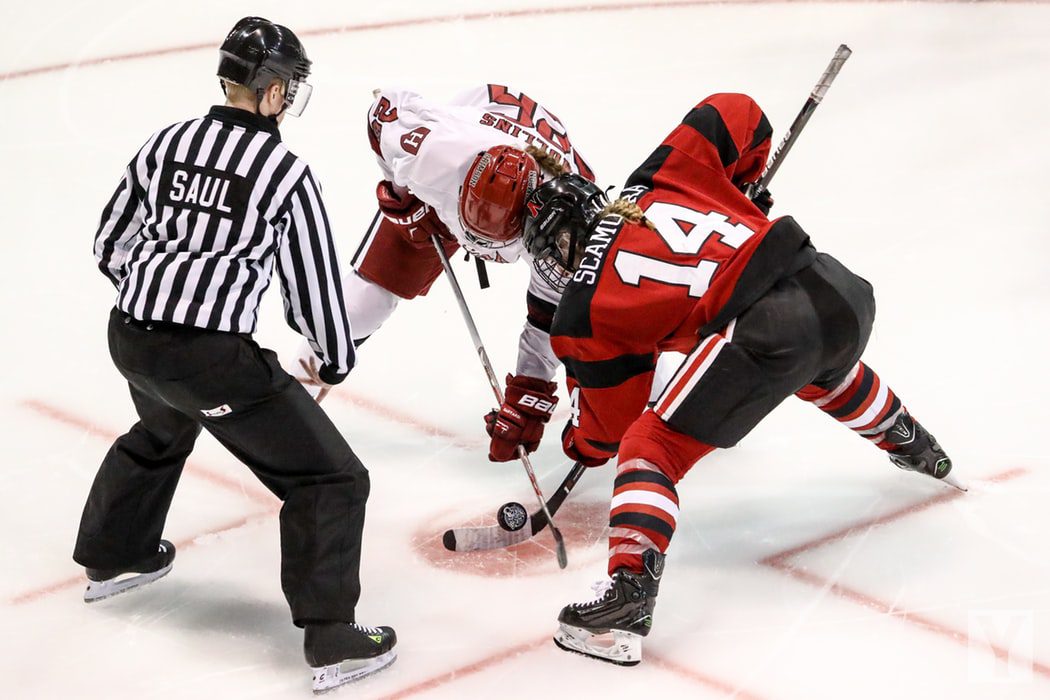 Despite this, ice hockey is growing in popularity amongst Brits. It is now the third most watched indoor sport in the UK, and hockey and ice hockey combined are the third most played winter sport among young people.

It is not the first time the sport has seen an increase in interest. The early 1990s saw a spike in interest for ice hockey among Brits, but this slowly dwindled, creating financial troubles for the teams.

Ice hockey games in the EIHL can attract as many as 9,000 spectators per game, a respectable number. However, this is half of what the NHL attracts, showing the British game as a long way to go.

Britain has a strong reputation in many sports, including football, athletics, tennis, golf, cricket, rugby and Formula 1. However, its ice hockey team hadn’t qualified for the I.I.H.F World Championship for 25 years, until 2019.

Defenseman Ben O’Connor commented on arriving at the competition, saying that the other teams were “laughing at us,” adding that people assume Brits play football and not hockey. The team didn’t achieve much in the competition, but qualification was a victory for them in itself.

The biggest challenge that ice hockey has is that it is not part of English or British culture. There are no household named hockey players that can inspire future generations. There is no coverage on TV or in the press.

However, the country does have some solid foundations on which to build its interest in ice hockey. The modern game was played by Englishmen in the 1800s (although it was in Canada). In 1924 the UK won bronze for ice hockey at the Winter Olympics, before winning gold 12 years later.

The Sheffield Steelers are one of the EIHL’s most successful teams, despite being in financial difficulties just a few years ago. The team’s owner, Tony Smith, is considered by many people to be the saviour of the sport in the country.

After taking over the team he turned to the NHL for inspiration for ways to get fans more excited. He said the players were too polite and encouraged them to get more aggressive. He also invested in a large videotron, consisting of 300 video screens to create engagement with fans during the games.

This appears to have worked well, with over 6,000 fans now attending each game and social media followings in the 10,000s.

Overall, ice hockey has a long way to go if it wants to take on the dominance of sports like football and rugby. However, it is enjoying a period of increased interest in the country. This could be the start of a big change in fortunes.