Belfast Giants and Cardiff Devils will both begin their 2019/20 Champions Hockey League ties at home after the fixture schedule was announced on Monday.

They’ll finish with a double header against SHL side Lulea Hockey in October, playing them at the SSE Arena before going to Sweden for the reverse fixture.

Cardiff Devils are heading for their third straight campaign at Europe’s top table and will take on Mountfield, also from the Czech Republic on Friday 30 August then Austrian side Graz 99ers on 1st September.

Visits to those two locations will follow before finishing with two dates, the first at home against CHL champions Frölunda Indians before heading there to complete their schedule. 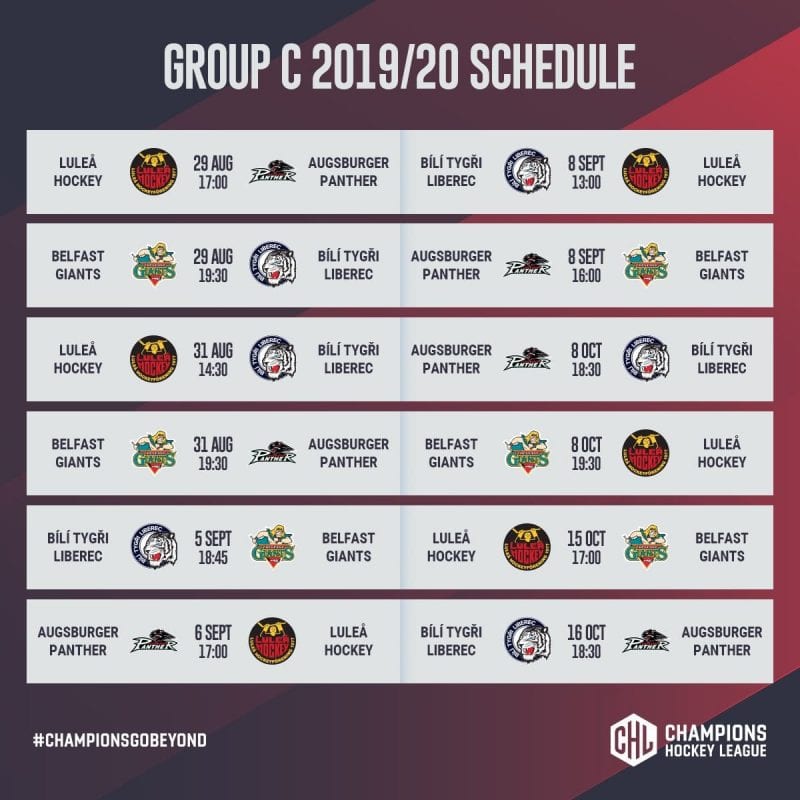 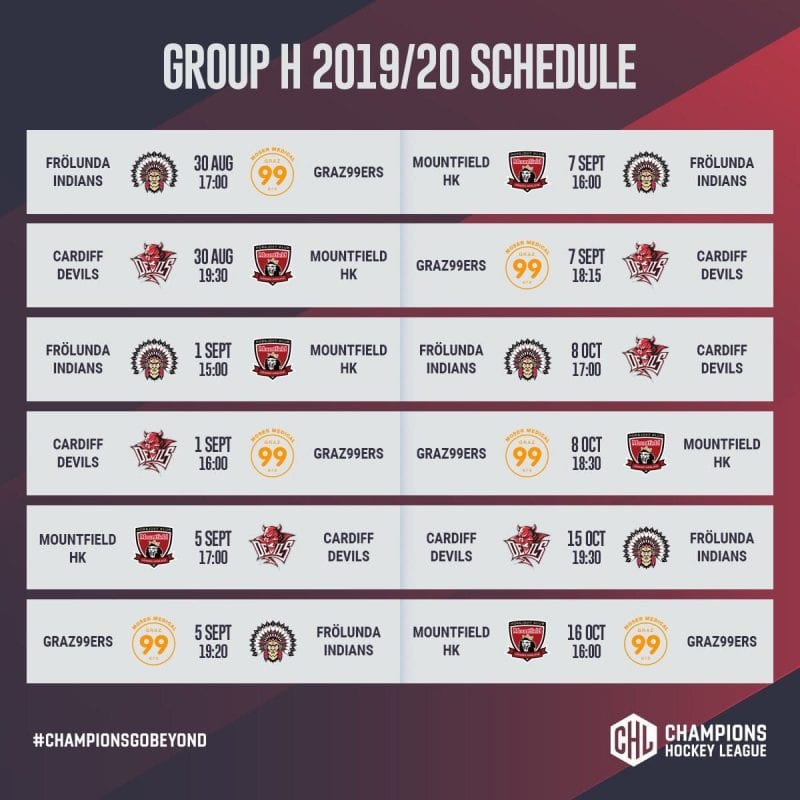 Good morning, hockey fans! It’s Valentine’s Day and what better way to show love by getting your daily hockey fix.  Nah, it was worth a try, but here are the morning’s headlines anyway. — The [Read more…]

The Monday After: Stars out of this world

Stars out of this world If you’d told Omar Pacha he and his Dundee Stars team would qualify from their Challenge Cup group with five wins from six, he’d have either laughed at you before [Read more…]

Tweets of the Week: Panther, Pollard and Puck drops

Let’s take a look at some of the tweets that summed up the weekend across British Ice Hockey 1.  It’s fair to say Augsburger Panther were impressive by the contingent who travelled from Northern Ireland [Read more…]