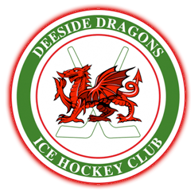 Deeside Dragons have a long-standing tradition of arranging fund-raising events. Summer 2014 will see perhaps the biggest yet, as the club hosts the first ever NIHL North All-Star weekend in aid of Mind.

C2C – How did the idea for the All-Star weekend come about?

IF – I’ve organised various Dragons Charity events over the past few years, raising over £9,000 and I always like to arrange something different. I was actually thinking of having a break this summer as it’s a long season and a lot of work goes into these events. Before you know it, we’re preparing for the new season.

The idea is really an obvious one, as so many other leagues have All-Star games so I thought why shouldn’t we? It’s something that’s not been done before and it’s something I hope will be supported across NIHL North.

C2C – Who will be involved in selecting the teams for the two games?

IF – I’ve been in contact with a couple of guys from both the Laidler and Moralee Conferences, to ask their thoughts on players who should be invited to play. Dragons’ Assistant Captain Shaun Kippin will be assisting me in putting the event on.

C2C – Will every team be represented?

IF – When putting together the list of players we’re looking to ensure every team will be represented, but this also depends on teams giving their permission.

C2C – There’s a lot of talent around NIHL North – who would you like to see playing?

IF – That would be telling! So far I’ve had a really positive response. Some have yet to commit due to possible holidays and other commitments, but I’ve yet to receive a ‘No’ from anyone. I should be in a position to release the first names sometime next week.

C2C – With such a positive response to the idea, do you think you’ll fill the rink?

IF – I can’t say how we’ll do with the attendance, it’s difficult to judge. It’s something that’s going to appeal to people, but will they travel – that’s the question? We had a great response when we announced the game, so I hope everyone will get on board and support the games.

C2C – Why is Mind the chosen charity?

IF – We have supported our previous charity for a couple of seasons now, so asked around our sponsors to see who they raised money for and discovered that MoneySuperMarket.com were supporting Mind for 2013/14. It’s a charity I’m sure has or will have an effect on all our families at some point in our lives. All the ticket money will be doubled by MoneySuperMarket.com.

For further news on the event please follow @C2CMedia_ and @Deesidedragons.