Great Britain Men’s Under-20s coach Martin Grubb reckons his captaincy team will command the respect of their dressing room as they begin their World Championship campaign.

The team are in Vilnius, Lithuania and will be captained by Northeast Generals forward Tyler Cooper, with MK Lightning defenceman Sam Cooper and Fife Flyers forward Jordan Buesa in as assistants.

And Grubb revealed it was a hard decision in picking the men he would lean on when they begin their Division II Group A schedule against Japan on Monday morning at 10am, UK time. 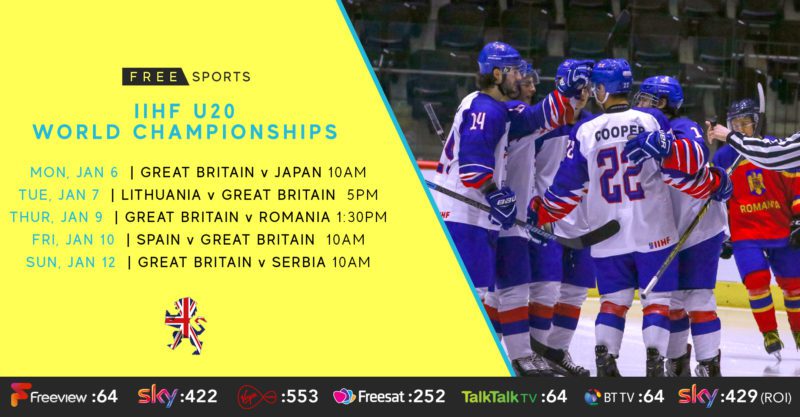 “The coaching staff think we have appointed a tremendous leadership team,” Grubb said.  “There’s plenty of leadership across this team and it wasn’t easy just to pick three players for the roles.

“However, these players will command the respect of the dressing room and we think they are the right fit for this roster.

“We have had excellent preparation in the past few days and the boys are excited to get under way for real.”

GB will also face hosts Lithuania, Romania, Spain and Serbia, with all games being screened live all week on FreeSports, where commentary will be led by Aaron Murphy and former GB forward Paul Adey.

The IIHF World Championships got off to an action packed start in Slovakia as Groups A and B got underway with some interesting results. Here are the highlights from the day’s play in Bratislava and [Read more…]

Great Britain Under-20s coach Martin Grubb was pleased to claim a second win in three games in their World Championship campaign, but revealed his team got ‘sloppy’ at one point. GB are second in the [Read more…]

Chances hard to come by for Hammond

Great Britain forward Mike Hammond has scored twice in the World Championships so far, but admits it’s much harder to get the chances to score at this level. The Manchester Storm man has been in [Read more…]