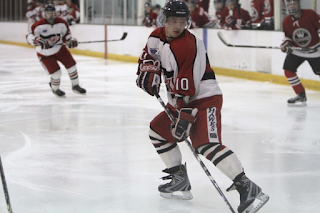 Blackburn Hawks are hoping to sign Latvian forward Ivo Dimitrijevs. The 20-year iced last season for Arizona Red Hawks in the WSHL & Maple Red Energy in the MNJHL, and is due for a trial with the Lancashire club this week.

Whitley have confirmed the return of defenseman Ali Brummitt, but ex-Warriors forward Karl Culley has announced he won’t be retuning from retirement. Ex-Solihull Barons netminder Sam Hewitt is believed to have agreed to sign for Telford Titans.