The recent establishment of a new ice hockey team in Leeds is excellent news for the sport in the UK, as it provides a foothold in a city that’s already synonymous with top-level success – whether that’s the world-famous Leeds United, Yorkshire cricket, or the Leeds Rhinos rugby league team.

The addition of an ice hockey franchise to Leeds was never really much of a gamble given the size of the city, its rate of recent economic growth, and its already significant love affair with sport. But how have the Chiefs fared so far?

Following months of speculation, The creation of the new team was announced last March, coinciding with the confirmation of a new National League competition to be launched. The team would play matches out of the new Planet Ice Leeds arena, located just a short walk from Elland Road, home of the city’s football team. 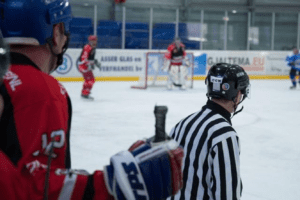 The signings soon followed, and the Chiefs completed the capture of recognisable Elite League names including Sam Zajac and Luke Boothroyd, with Zajac serving as player-coach.

But progress has been tough since then, and the Chiefs have endured a slow start to life in the National League which, at the time of writing, including just six wins and four overtime wins from 37 outings, placing them rock bottom of the standings.

The National League features a mix of established names and new brands, so it provides the ideal platform for a new club like Leeds, who’ve been taught some tough lessons along the way this campaign.

Established names like Sheffield Steelers and Cardiff Devils remain among the favourites in the betting stakes, of which you can check the latest here – and it’s those heights that the Chiefs will strive to scale in the years ahead.

The club remains pro-active across digital media and their efforts to drum up support, despite their poor showing on the ice so far this season, are to be commended. ‘The team behind the team’ are working hard to build a brand that is recognisable to the public of West Yorkshire in what is a saturated marketplace.

Let’s see what both teams have to offer 🏒#CHIEFS 💙💛 pic.twitter.com/x0nJeDFGwq

The local media has also got behind the club, providing regular coverage that is helping to propel the Chiefs brand further into the consciousness of local people, but it’s incredibly tough to be heard in the noise of Leeds’ sporting landscape.

United’s quest for Premier League promotion, the recent return of Super League rugby, and the frequent staging of international test matches at Headingley cricket ground mean the city is abuzz with sport, but grabbing hold of a market share is easier said than done.

And while the Chiefs’ brand and marketing appear to be on-point, there can be no more powerful marketing tool than a winning team, so perhaps it is here where more resources should be allocated.

While building up slowly is an admirable strategy in the pursuit of playing success, the odd upset victory does little to whip up interest in a new club, though management will have been cheered by several sell-out fixtures during the club’s debut season.

Off the ice, the Chiefs have shown enough as a brand to demonstrate that there is a future for ice hockey in Leeds, but those wins must start coming more frequently in the months and years ahead if the city is to emerge as a force to be reckoned with.