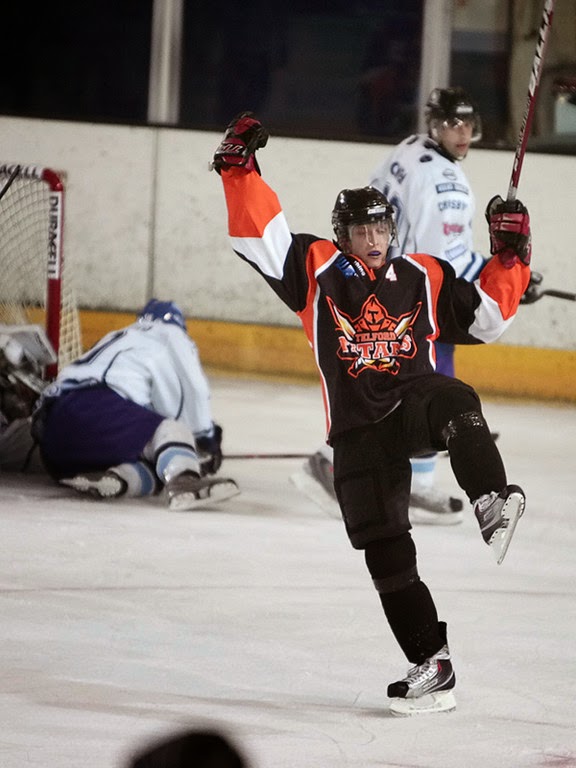 Jets (left) was a prolific marksman in the EPL for the Tigers and Solihull Barons, before joining Telford Titans in 2008. In just over 250 games in the UK, Jets has notched 457 points.

Croft and Plant also boast a wealth of higher level experience and will form the nucleus of a line-up that is expected to feature a number of under-18 players.

Tigers NIHL Head Coach Scott McKenzie wants to use their experience to develop the younger members of his squad: “All of the guys we’ve signed so far have years of useful experience, many of them at EPL level.

“Daniel could probably still do a job in the EPL even now, Karol is a great playmaker and Russell’s a natural leader who will play a big role in our defensive core.

“These three guys will have the expectation to lead our younger players through tough situations against some good teams. I have no concerns they’ll do a great job of that.

Tigers NIHL travel to Yorkshire for the first game of their league season next weekend, when they face Sheffield Senators. The late demise of the Titans gave team bosses just a few weeks to prepare their squad, but McKenzie is confident they will enjoy a successful year.

He added: “We’ve got quite a few youngsters still to announce, who I expect to be competing for places in the senior Tigers squad in years to come.

“The pool of talent we have here in Telford is remarkable, and to give these youngsters a chance at senior level is a great opportunity for them.

“It is a case of developing their skills and awareness, and providing them with a chance to play. That will enhance their experience.”