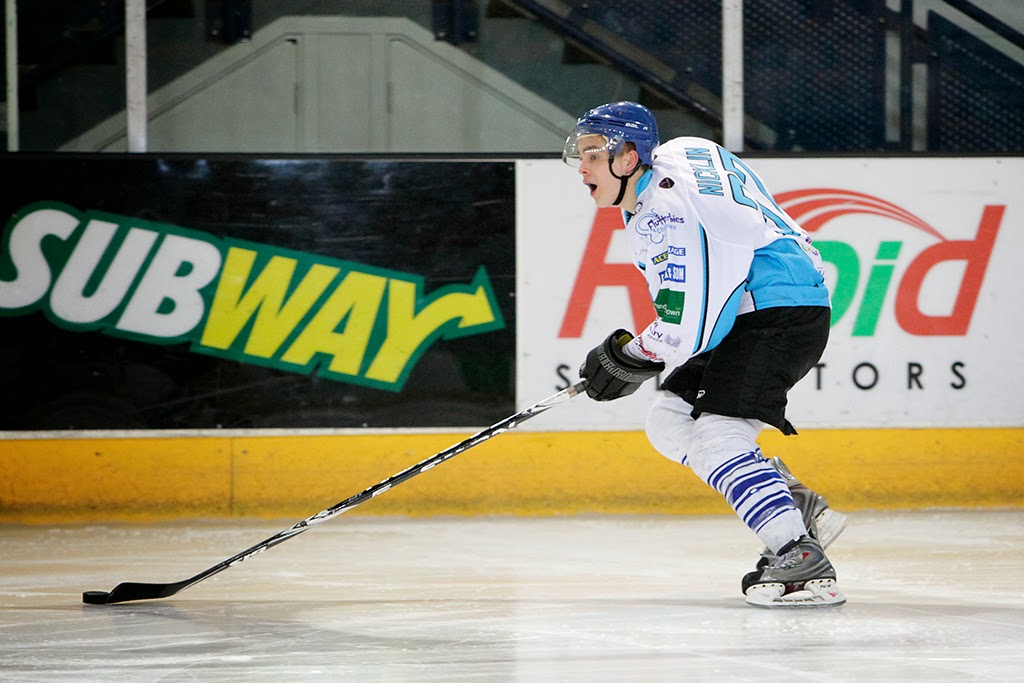 Three more players have been confirmed for the NIHL North All-Star weekend 2014.

Forward Nicklin (left) played junior hockey in Milton Keynes, before signing for Blaze in 2010/11 after moving to the city for his university degree. The 21-year-old has averaged over a point a game for Blaze and leads their scoring charts this season. His form has led to him earning a two-way deal with the EPL’s MK Lightning.

Rugged defenseman Doyle (right) began his career at Solihull in the BHL during the 1980s. He went to play for a number of teams, including Nottingham Panthers and Sheffield Steelers, before returning to Solihull in the late 1990s.

After a long spell out of the game he returned to Hobs Moat Road last season and is currently a key part of their defensive unit. In a career spanning over 400 games, ‘Tough Guy’ Perry has scored over 100 points and amassed nearly 1200 penalty minutes.

Long-serving Lions forward Wightman (below) has been with the club since the age of four, winning five junior titles and gaining two All-Star Conference shirts. He was selected for England and GB U18s teams and traveled to Briançon, France, gaining a bronze medal in the IIHF Junior World Championships.

Wightman played for Solihull Kings in the EPL, before joining Lions after finishing university. A star performer in their double winning 2007/08 squad, Wightman was top scorer last season as they claimed the NIHL2 title.

A bumper crowd is expected and Coast to Coast will bring you more player announcements in the coming weeks.