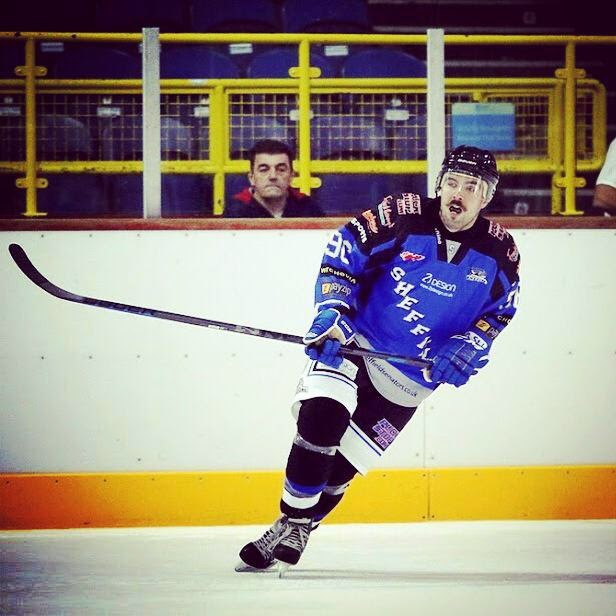 All eyes will be on Sheffield Spartans and Sutton Sting this weekend, as the battle to reach the NIHL North Moralee D1 play-offs looks set to down to the wire.

Blackburn Hawks have already secured their place at the Dumfries showdown, with Billingham Stars and Solway Sharks almost certain to join them there.

Sting, who are two points ahead of Spartans with three games left, host Hawks on Sunday whilst Spartans travel to Manchester Minotaurs the previous day. The two teams are scheduled to meet on the final day of the regular season.

Sting forward Ivo Celar is confident his team will clinch fourth place: “I think we’ll pick up at least four points in our final three games. Spartans would need six points, but I don’t think they’ll beat us in the final game. We should be in the play-offs and we’ll go there confident we can win.”

A good run of form during December and January saw Spartans force their way into play-off contention, but one win from their last five games has halted their charge.

Head Coach Martin White commented: “Dropped points have left us in a tight race and we’re firmly aware that we alone are responsible for our league position.

“All we can do is pick up as many points as possible and hope we have the opportunity to make the play-offs come the last game. After a disappointing slump in form it was good to pick up the points against Manchester and we’ll be looking to carry this into our game against them on Saturday.”

There are three other D1 fixtures this weekend. Solway face-off against Whitley Warriors on Saturday, before travelling to face Minotaurs on Sunday. Billingham play Whitley on the same evening.

In Laidler D2, Sheffield Senators hit the ice for the first time since clinching promotion as they make the trip to Hull Jets on Sunday. Last weekend’s 21-0 win against Bradford Bulldogs sealed third place for Sens, but forward Tom Robjohns (above) hasn’t given up hope of finishing even higher.

“Winning promotion feels great, and gaining it in my first year with Sens is a privilege,” said Robjohns. “Sunday was great and the fans were exceptional also. We’re a family and everyone involved deserves a pat on the back for getting us to where we are.

“No one is under any illusions that next year is going to be easy. Each match will be like playing a Solihull – our work is cut out to stay in the division. We’ll probably be seen as the favourites to go straight back down, but who thought we’d be where we are now?

“The focus now is on winning every game we have left and if other results play into our hands we might even snatch second.”

Widnes Wild have a weekend double-header on home ice as they look to strengthen their grip on fourth and a promotion/relegation game against the sixth placed team from D1. Wild play Coventry Blaze on Saturday and Bradford Bulldogs the following evening.

Bradford are also in action on Saturday as they face Blackburn Eagles, while Solihull Barons against Deeside Dragons completes the line-up on Sunday.