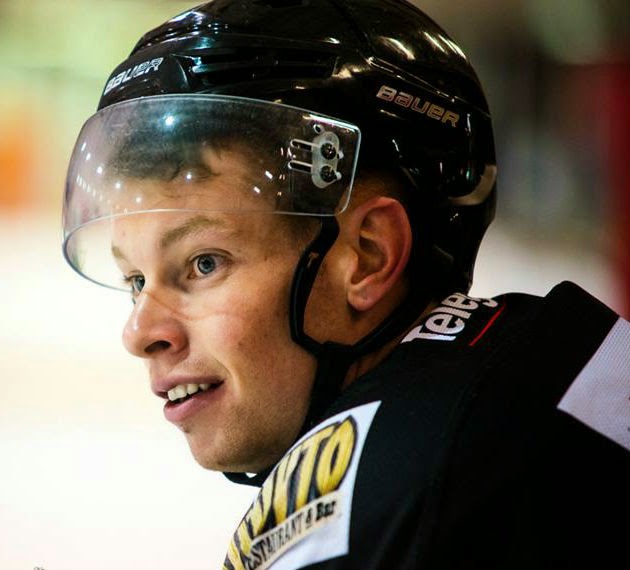 Hawks are at home on Saturday to Sutton Sting, before travelling to Whitley Warriors on Sunday.

Last week’s victory over Sheffield Spartans handed Hawks their first ever league title and they are now focused on keeping the momentum going in the run up to the end of season play-offs.

Forward Jake Nurse said winning the league has been Hawks’ number one priority this season.

“Winning on Sunday night was an amazing feeling,” said Nurse. “Even after our highest finish in the league last year there was a big sense of disappointment in the camp because we didn’t bring home any silverware.

“Jared Owen and Daniel Brittle have put together a special group of players that stand united and it’s a great dressing room to be part of.

“Since I joined last year the fanbase has grown bigger and bigger and last Sunday the atmosphere was electric. The club and fans deserved that title and it’s been a long time coming.

“After the sad loss of Alan Amos we wanted to grasp the title as quickly as possible in his honour. He was a massive driving force behind our club, is loved by many and will be greatly missed.

“Our target for the rest of the season is to come away from the play-offs still unbeaten. We don’t look past anyone – we take each game as it comes like we’ve done all season.

“From a personal point of view being back with the team after my injury has been incredible. The lads supported me while I was away and I was itching to get back in the dressing room.

“Jared has slowly eased me back in, which has given my eye some extra time to improve and also let me regain some fitness after the lay off.”

There are three other D1 games this weekend. On Saturday, Solway Sharks face-off against Sheffield, while Manchester Minotaurs play Billingham Stars. Solway travel to Teesside on Sunday to meet Billingham.

In Laidler D2, Sheffield Senators make the trip to Bradford Bulldogs on Saturday looking to move a step closer to D1. With eight games left Senators hold a sizeable advantage over the teams behind them, and need just two more wins to seal the third automatic promotion slot.

Head Coach Andy Ellis said: “The season has been a resounding success so far. For a team established only five years ago, promotion is the prize we’ve all strived for and will certainly be the greatest achievement in my hockey career.

“The players have worked hard all season and they deserve the opportunity to test themselves week in, week out in NIHL1. However, we need to ensure we focus on the next eight games and the aim is to take all 16 points.

“This won’t be easy as we have some tough road games, starting at Bradford this weekend. Despite only picking up two wins, they’ve made steady improvement throughout the year and will be looking to finish the season strongly.

“We don’t underestimate any team and we’ve prepared well during practice in anticipation of a 60 minute challenge. We’re hoping for a win which will set up a chance to clinch promotion at iceSheffield next weekend.”