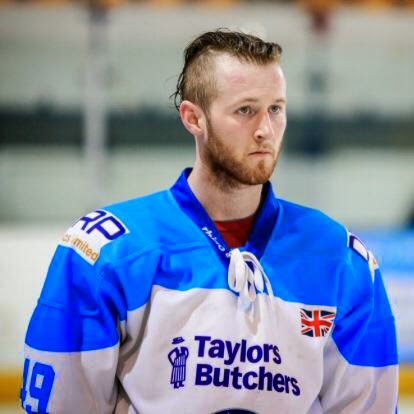 NIHL North leaders Blackburn Hawks travel to face Whitley Warriors on Sunday looking to extend their lead at the top of Moralee D1 to seven points.

Hawks have dropped just one point in the league this season, leaving Player/Coach Jared Owen delighted with his team’s form.

“I think we’ve been very consistent at just playing our game,” said Owen. “We’ve been strong defensively – I think the ‘D’ group have been exceptional and Stu Ashton has come in and done a great job in the nets.

“Offensively we’ve been creating chances on all three lines and the goals have been a result of the hard work we’ve been putting in on the forecheck. There’s a long way to go in the season, but I’m confident in this group of players and we’re just concentrating on one game at a time.

“Whitley will be a very tough game in their rink. Last season they took three points off us when we were in winning positions in the last five minutes, so we know we have to raise our game to get a result.

“It will be a physical game and they have some very good players, so we need to turn up with the right attitude and it will be a big boost to finish the year if we can get a good result there.”

The other D1 fixture is on Saturday as Sutton Sting face-off against Sheffield Spartans. Hawks are in British Challenge Cup action on Saturday, with the EPL’s Sheffield Steeldogs the visitors to Lancashire. Billingham Stars welcome Peterborough Phantoms to Teesside the following evening.

In Laidler D2, Coventry Blaze bid to kick-start their season as they meet Blackburn Eagles. After a steady start to the campaign, Blaze have won just once in their last ten games leaving them languishing in eighth place.

Forward Dale Buckland (above) admits the season has been frustrating so far: “We’ve lost points where we should have taken them. We have a good team, but for some reason we get side-tracked instead of using our systems and plays that were implemented at the start of the season.

“We’ve lost some influential players, but it’s a long season and there’s a lot more games to play. We need to step it up and put in a good run from now until the end.

“It’s already been said how much the Eagles have improved this season. We shared the points last time and I expect it to be close again. It’s worth double points as well so there’s more to gain and more to lose. We want to try and improve our league position, because it’s not where we want to be at all.”

There are three other games in D2 this weekend, with Widnes Wild playing Sheffield Senators and Telford Tigers NIHL facing Bradford Bulldogs on Saturday, while Nottingham Lions meet Bradford on Sunday.