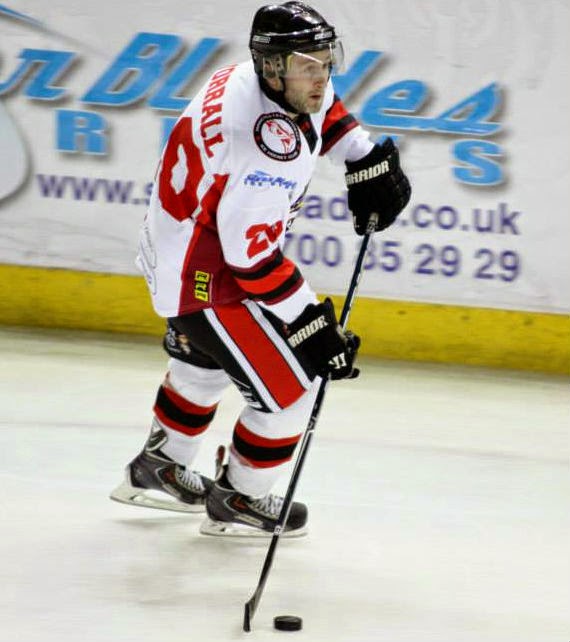 Minotaurs are yet to pick up a point after six Moralee D1 games and forward Brian Worrall admits things have been a struggle so far. “It’s no more than we expected as we gradually lost bodies from the start of last season, so it was always going to be tough,” said Worrall.

“That said, some results have been more positive than others regardless of the score. We always work hard and have given teams like Billingham, Solway and Sutton a game, but we’ve lacked the ability to finish games, which is something for us to work on.”

“We pushed Sutton hard last time, but to their credit they stuck in there and gradually took the game back bit by bit. I wasn’t supposed to be playing this year, but I’ve chipped in and helped out where I can. Things will be tough all year but we’ll stay positive, stick together and work hard. We don’t want to be seen as the joke team in the league.”

Leaders Blackburn Hawks are at Sheffield Spartans on Saturday, before returning to home ice the following day to face Billingham Stars. Solway Sharks are in British Challenge Cup action on Saturday we they welcome the EPL’s Manchester Phoenix to Dumfries.

In Laidler D2, Deeside Dragons will look to continue their recent upturn in form as they face Telford Tigers NIHL on Sunday. Dragons lost their opening five games, but have improved to win four of their last five.

Forward Paul Davies said: “We started the season quite slowly with a lot of changes, people away on holidays and injuries. We lost a lot of games we should have been winning. Since then we’ve worked hard, settled into our lines and the results are starting to come our way. We’re getting stronger and stronger and I think we will be a top two team again if we keep going as we are.

“Personally I didn’t get my best start to the season, which was hard. I didn’t feel like I was performing to my expectations and I only managed a single assist, but I’ve been working hard and settled in better now, which is showing in my performances.”

Bradford Bulldogs face a weekend double-header on home ice, as they aim to recover from a miserable start to the campaign. Bulldogs are without a without a win in seven and face Telford and Widnes Wild this weekend, but defender Sarah Hutchinson can see signs of improvement.

She commented: “The lads on the team are a great set of players. We all play with the same goal, to improve game-on-game and play with massive heart and determination. It’s great how well I’ve been accepted into the team and to be able to contribute positively with my performances.

“We’ll keep working hard in training and hopefully see the differences in games as we progress this season. It definitely feels like we’re heading in the right direction.”