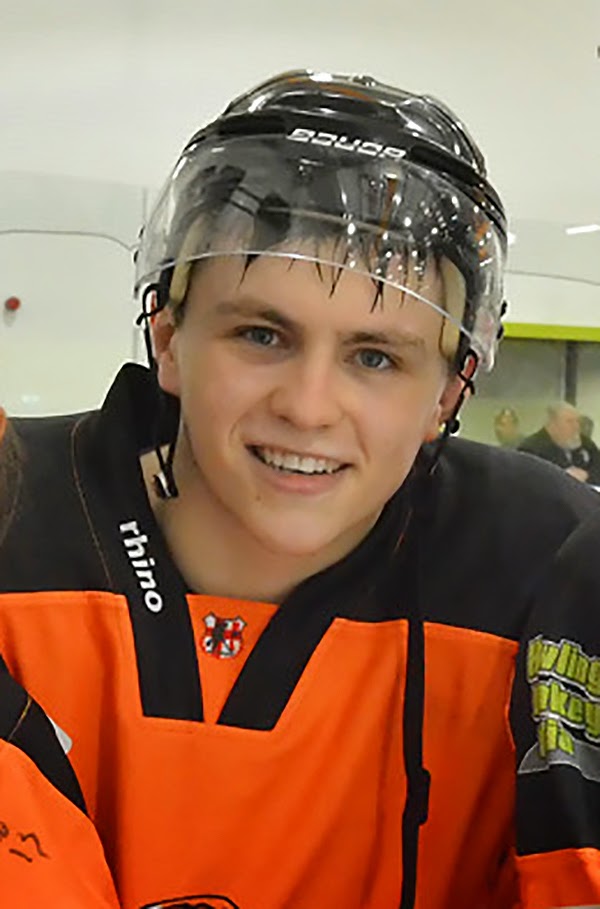 Tigers began life in NIHLN Laidler D2 with a win at Sheffield Senators and aim to build on that this weekend.

The following day they travel to Coventry Blaze and forward James Smith (left) is targeting two wins: “The first game went well considering we’re a new team and had only trained together four times,” said Smith.

“If you take out the first period we only conceded two and scored six goals, so if we play like we did in those last two periods we can beat any team in this league.

“This weekend I believe we can secure four points. We have good systems that we’re training every session, to build a strong team to challenge for the league this year.”

Blaze lost their opening game against Hull Jets, but bounced back with a win and a draw last weekend. Dale White’s second of the night capped a stirring comeback success at Widnes Wild on Sunday and he believes Blaze will only get better.

White said: “It was a rocky start for us as we didn’t really gel as a team. The last couple of games there have been big improvements. Instead of trying to take the puck end-to-end we’re starting to make plays, which is resulting in us creating some good chances.

“We definitely won’t make it an easy game for Telford. We have a few things we’ve worked on this week to be ready for them on Sunday.”

Hull have made an impressive start to the season with victories against Coventry and Blackburn Eagles. Jets travel to Deeside on Sunday looking to continue their run, but Head Coach Andy Daintith is wary of facing the winless Dragons: “It was a difficult summer for us as the rink was closed for refurbishment, so it was hard work getting everyone prepared.

“We’ve had two great results so far – James Pease has a big strong squad at Coventry and they’ll become a big problem to play against. Scott Barnett has to take so much credit for turning Blackburn around – they come to play every night.

“I’m so proud of all my guys at Hull, we have an excellent changing room atmosphere and great veteran leadership. Its a small squad, but they give their all every game and that’s all you can ask for as a coach.

“Deeside hasn’t been a great place to for Jets results in recent times, so hopefully our luck will change. They haven’t had the best of starts having lost a few players, but they still have a lot of quality throughout their team – they will come good.”

The remaining D2 games see Solihull Barons travel to Bradford Bulldogs on Saturday, before returning to home ice the following day to face the Senators. The Eagles meet Sens in Sheffield on Saturday.

In the British Challenge Cup Solway Sharks face the EPL’s Sheffield Steeldogs on Saturday, followed by a trip to Billingham Stars on Sunday. Blackburn Hawks meet EPL opponents the same evening as they travel to Telford Tigers.

Sutton Sting begin their Moralee D1 campaign on Saturday against the Hawks, while on Sunday they head north to face Whitley Warriors. Check C2C tomorrow morning for Sting Head Coach Matt Darlow’s thoughts on the weekend and his hopes for their season.