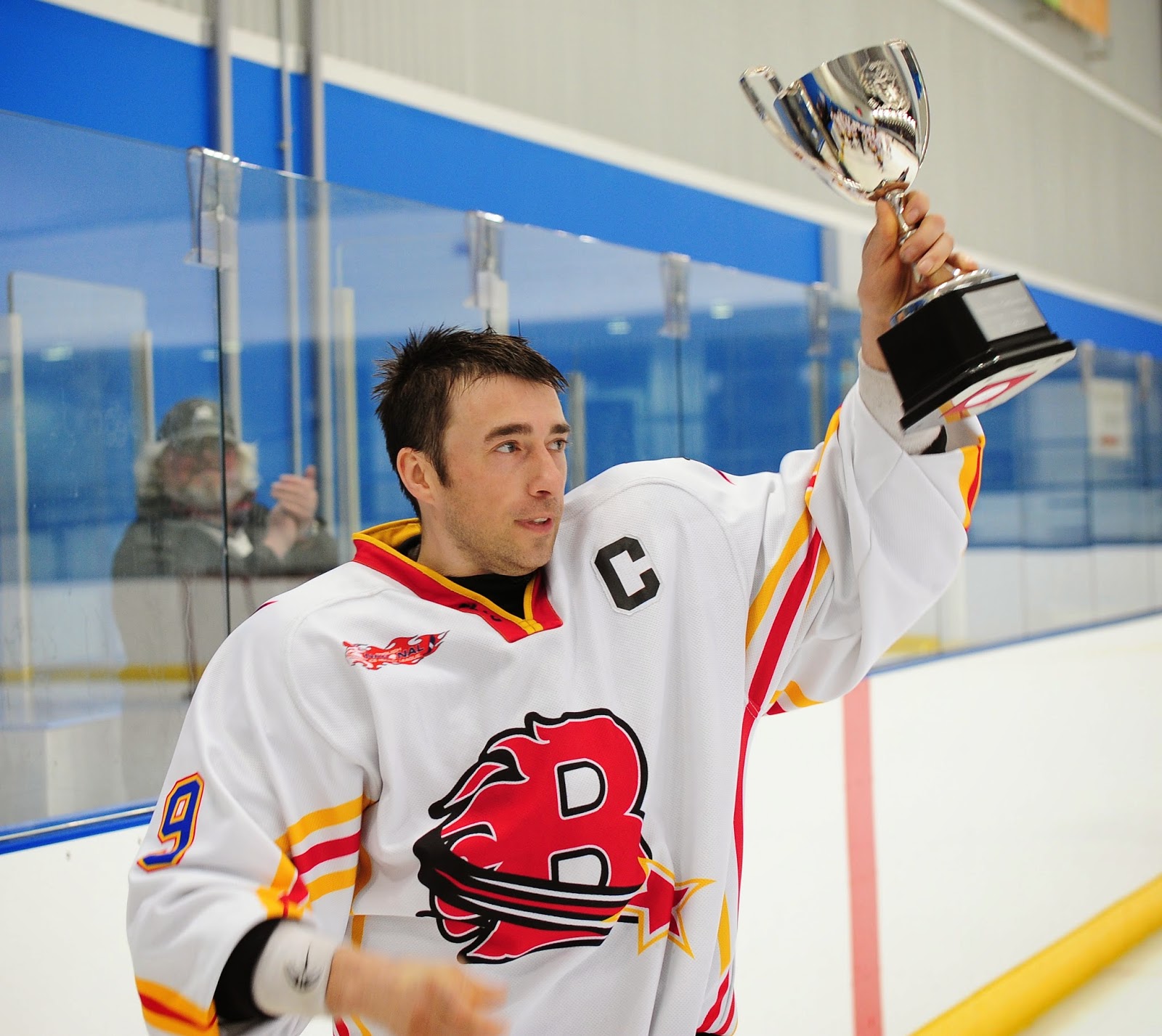 Billingham Stars have confirmed three more returnees to their roster ahead of the upcoming NIHL North 2014/15 season.

Paul Windridge (left), James Pattison and Ben Davison have all agreed another year with the Teessiders as they continue to build for the new Moralee D1 campaign.

Whitley youngsters Callum Queenan and Kyle Hindmarsh-Ross will both be part of the Warriors’ senior squad next term. The duo also played U18 hockey last season and will continue to do so this year as they look to continue their development.

In Laidler D2, Solihull Barons have announced two new signings with Tom Soar and Dan Harrison moving to Hobs Moat Road. Soar switches from the EPL’s Peterborough Phantoms, while Harrison iced for Telford last season in the EPL with the Tigers and NIHLN for the Titans.

Luke Thomas returns as Nottingham Lions captain for the third season running, Geoff Wigglesworth is back for a second term with Widnes Wild, while Blackburn Eagles have added Dave Williams and Craig & Adam Lutkevitch to their roster.

Newly-promoted Oxford City Stars have boosted their hopes of making an impact in NIHL1 South with the signing of Kyle Flemington. The Canadian defenseman has an impressive CV, having featured for London Knights as they won the Ontario Hockey League in 2011/12.

London Raiders have made their first signings of the summer, with Frankie Harvey and David Oliver both agreeing another year. Defenseman Niall Bound has returned to Wightlink Raiders after a spell away from the game.

Bracknell Hornets have confirmed Peter Jasik has agreed another season with the club. Netminder Connor Standing has joined Solent Devils from the EPL’s Basingstoke Bison, while Josh Abbott, Chris Beal and Alex Cole are all back for another season.