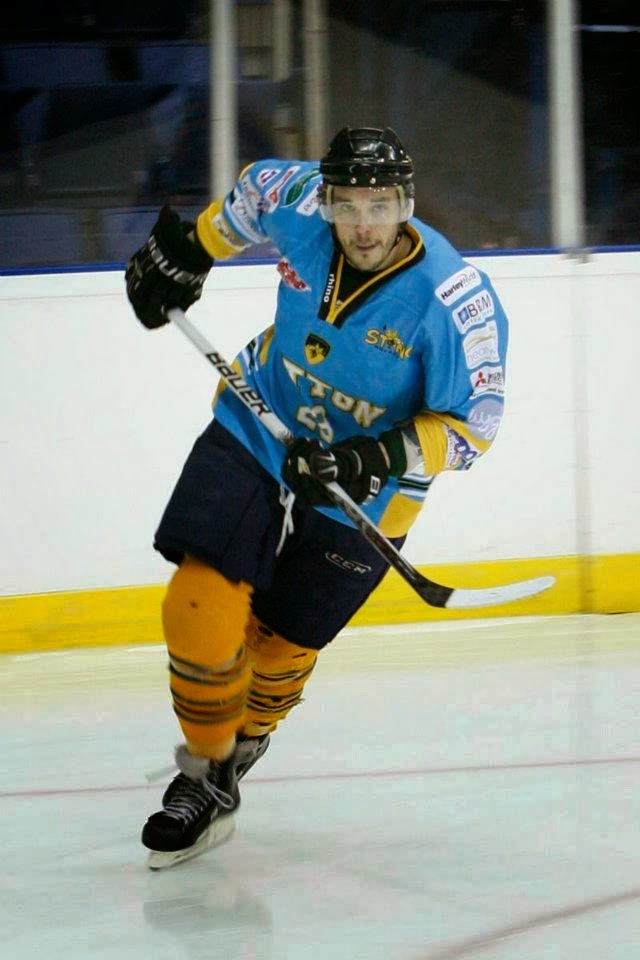 NIHL North outfit Sutton Sting have added another four names to their roster, with Simon Offord, Ryan Johnson, Richie Oliver and Shannon Lingwood all agreeing a further year with the club.

Defenseman Offord (left) has made over 100 appearances in Sting colours over the past four seasons and Head Coach Matt Darlow is happy to have him on board once again.

“Simon is a strong, confident D-man who knows what he’s doing and who works well in all situations. He’ll also show the younger guys coming up through the ranks the ‘Sutton Way.’ He’s a great addition to our roster.”

Offord said: “It’s been great here at Sutton right from the very start and I’m delighted I was asked to stay for another season. We have a strong roster and I know we’re going to do well in the league this year.”

Ex-Elite League & EPL defenseman Johnson is entering his third campaign with Sutton, but he will have a different role this coming season.

“Ryan is a brilliant addition to our strong roster, but he’ll play as a forward this season,” said Darlow. “He adds strength and power to our game and it was an easy decision on him returning for 2014/15.”

Oliver has been a prolific points scorer for Sting, bagging over 130 points in three seasons with the club. He commented: “I’m happy to be back here with Sting. Hockey is a big part of my life and I’m looking forward to a great season with a great team and friends.”

Former Blackburn junior Lingwood switched over the Pennines in 2011, featuring for both Sheffield Spartans and Senators during the course of the season. He signed for Sutton ahead of the 2012/13 campaign and has gone on to make around 50 appearances.

Darlow described Lingwood as a ‘smart player’ who will work alongside youngsters looking to progress with the club.